The freshly-painted aircraft, N436QX, will operate to Pacific Northwest airports, including Seattle, Portland and Redmond, Oregon, Alaska Airlines says in a tweet on Halloween Day. 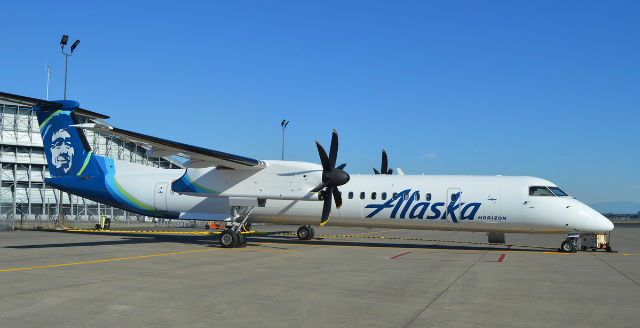 As the North American launch customer, Horizon operates 52 Q400s ranging in age from 4 to 17. N436QX falls in the middle of the age range with a 2008 delivery date.

Alaska rolled out the updated livery in January 2016, featuring brighter colours, a streamlined font for the Alaska logo, and a less detailed rendering of if iconic Eskimo, which the airline says presents better on mobile devices.