Indonesia has received a Boeing Business Jets BBJ2 that will be used for presidential transport duties.

The type will be operated by the country’s air force, which previously chartered aircraft chartered from Garuda Indonesia for presidential use. The aircraft, which is based on the Boeing 737-800 airframe, was acquired at a cost of $89.6 million. 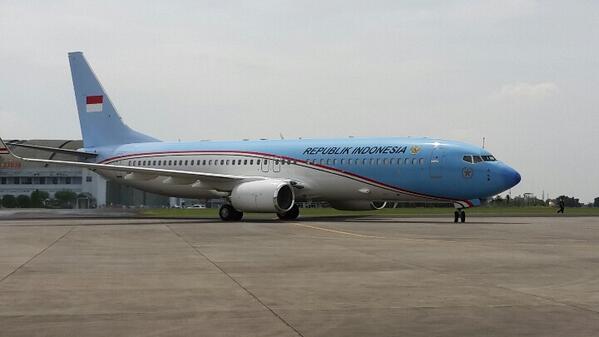 “For the first time since we gained independence 69 years ago, this is the first time we've had a presidential aircraft,” says Indonesia's state secretary Sudi Silalahi.

The aircraft is now entering into a certification process with the country's defence ministry before it enters service with the air force.