Israel's air force on 7 June accepted delivery of its last Aermacchi M-346 "Lavi" trainer from Leonardo-Finmeccanica, with all 30 of its examples having been accepted since March 2014. 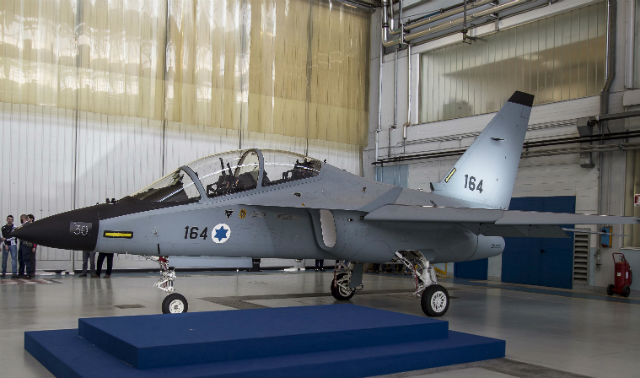 The final example – carrying the tail number 164 – was handed over during an event at the airframer's Venegono production site, the day after it had rolled out its first example of the type for Poland.

The introduction of the twin-engined type at the Israeli air force flight academy enabled the service to transform its pilot training system, which had previously used Douglas TA-4 Skyhawks and Lockheed Martin F-16A/Bs for some advanced parts of the syllabus.