New York-based JetBlue Airways has unveiled a special livery on an Airbus A320, in an imagination of what its paint scheme would have looked like in the 1960s.

Called “What’s old is blue again”, the A320 features orange and blue “speed stripes” that were popular in aircraft liveries in the past. 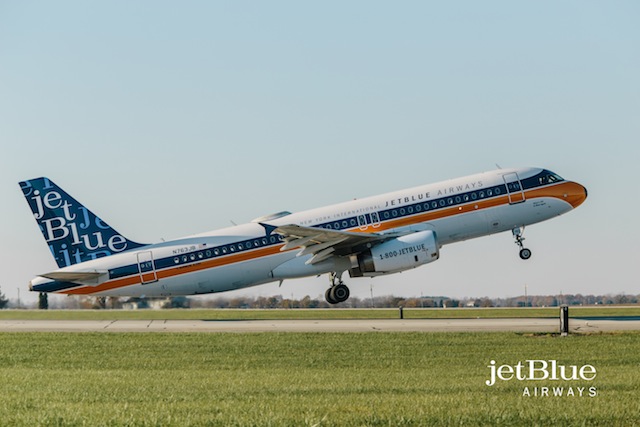 “The 1960s were rich with sleek but bold graphics and style – characteristics of today’s JetBlue brand,” says Jamie Perry, the carrier’s vice-president marketing.

“With that in mind our team broke from our tradition of timeless designs and instead imagined a look to celebrate this iconic era of aviation and what JetBlue may have looked when it would have been introducing humanity to air travel.”

The airline will introduce the aircraft on service today between New York John F Kennedy and Palm Springs.