Kongsberg and Boeing have completed a successful fit check of the Norwegian manufacturer's developmental Joint Strike Missile (JSM) on to a F/A-18F Super Hornet.

Performed at the US airframer's St Louis facility, the JSM was successfully installed on the fighter's external hardpoints, says Kongsberg. The two companies will early next year conduct a wind-tunnel test of the long-range munition fitted to a Block II Super Hornet. 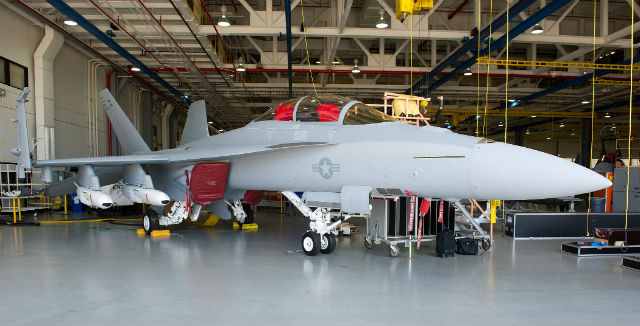 "The completion of the fit-check on the F/A-18 F further validates the JSM's compatibility with the existing fleet of aircraft and provides a near-term strong capability against advanced threats," says Harald Ånnestad, president of Kongsberg Defence Systems.

Integration work is also under way to allow the stealthy munition to be utilised on the Lockheed Martin F-35 Joint Strike Fighter.

Designed to take on both land and sea targets, the JSM features a low-observable radar signature and autonomous target recognition.

Additionally Kongsberg has signed a deal with New Zealand for an undisclosed number of its Penguin Mk 2 Mod 7 anti-ship missiles and associated equipment. These will be deployed on the eight new Kaman SH-2G Super Seasprite helicopters to be acquired by the Royal New Zealand Navy.

Flightglobal's Ascend Online Fleets database records the service as fielding five examples of the Kaman rotorcraft, but has indicated it will acquire eight new aircraft from 2014-16, with the older models to be retired.