The aircraft was unveiled in a ceremony attended by King Harald V and Queen Sonia of Norway, Norwegian chief executive Bjørn Kjos and Norway's commerce and industry minister Torbjørn Røe. 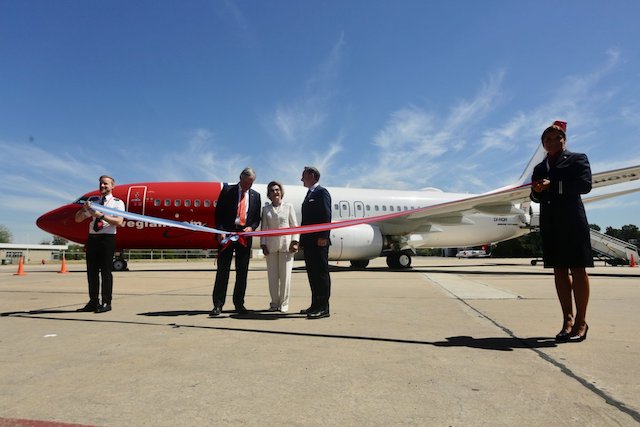 Kjos says Argentina is "a perfect fit with our expansion strategy", welcoming Argentina president Mauricio Macri's move to open up the aviation industry to foreign investment.

Kjos promised to "take Argentina closer to the world and the world to Argentina", as well as to "empower more Argentinians to travel by air, to contribute to economic development and create employment".

Norwegian’s fleet in Argentina will comprise mostly new 737-800s, configured with 189 seats and equipped with onboard wi-fi and Boeing’s Sky Interior.

Norwegian Air Argentina said previously that it will begin sales in May and that Cordoba will play "a central role in the network", with operational bases also planned for Mendoza, Rosario, Salta and Buenos Aires Ezeiza.

Norwegian has opted to base its Buenos Aires operations at Ezeiza rather than the downtown Aeroparque airport.

This location will allow the airline to offer connections to Norwegian’s long-haul flights. Last month, Norwegian started operating its first route to Argentina with flights from London Gatwick.