Registered as VH-VXQ, the new-old livery was revealed at an event at in Sydney as part of the airline's 95th anniversary celebrations. 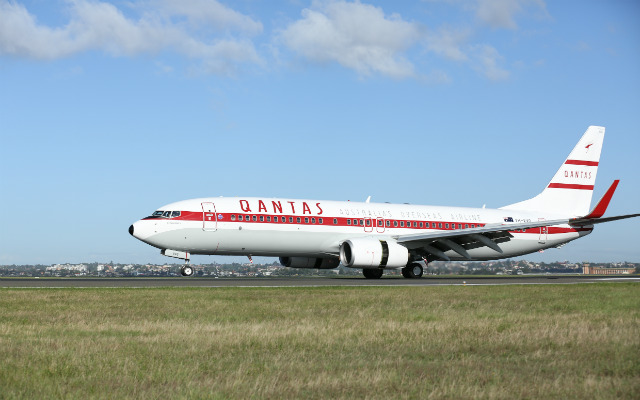 “As we celebrate our 95th birthday today, I hope this livery inspires a sense of pride in what our national airline has achieved during all those years of taking Australians around the world and bringing them safely home again,” says Qantas group chief executive Alan Joyce.

It is the second aircraft in the 737 fleet to wear vintage Qantas colours. In November 2014 the airline revealed a retro 'winged kangaroo' scheme on VH-XZP, which was named 'James Strong', in honour of the airline's late former chief executive.