The inaugural Airbus A350 revenue service, operated by launch customer Qatar Airways, touched down earlier today at Frankfurt airport after a flight from Doha. 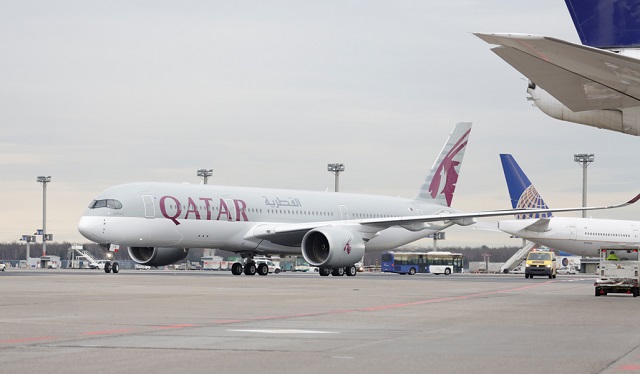 Speaking at the delivery ceremony in Toulouse, Qatar Airways group chief executive Akbar Al Baker revealed that the Oneworld carrier expects to take delivery of eight more of the Rolls-Royce Trent XWB-powered aircraft during 2015 and will gradually deploy the twinjet across the network, to other European destinations as well as to points in "the Far East, the Indian subcontinent and ultra-long-haul flights to the eastern seaboard of the USA".