Russian carrier Rossiya has unveiled a Boeing 777-300 with a specialised paint scheme intended to draw attention to conservation of rare wildlife, including big cats.

The livery, which features a leopard's face over the cockpit section, is reminiscent of a previous Amur tiger design on Transaero Boeing 747.

Transaero collapsed in 2015 and a number of its long-haul aircraft were transferred to Rossiya, which is a division of Aeroflot Group.

The 777-300 with the leopard design (EI-UNP) is an ex-Transaero aircraft, which was previously operated by Singapore Airlines. 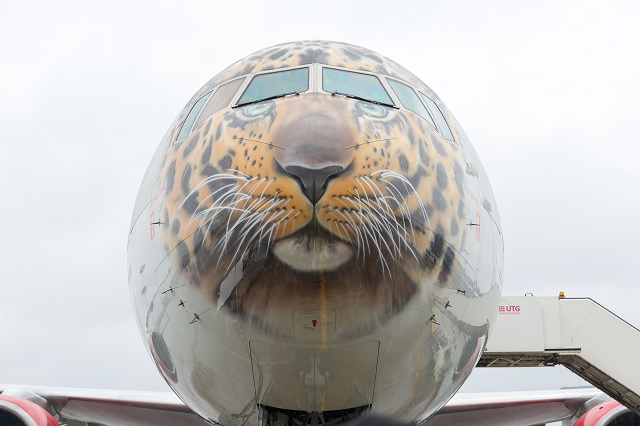