Scandinavian Airlines has taken delivery of its first 242t Airbus A330-300.

The airframer confirms the carrier as the first in Europe to receive the higher-weight, longer-range -300 variant. Flightglobal's Ascend Fleets database shows that SriLankan Airlines and China's Hainan Airlines have also taken examples.

SAS has selected Rolls-Royce Trent 700 engines to power the aircraft. 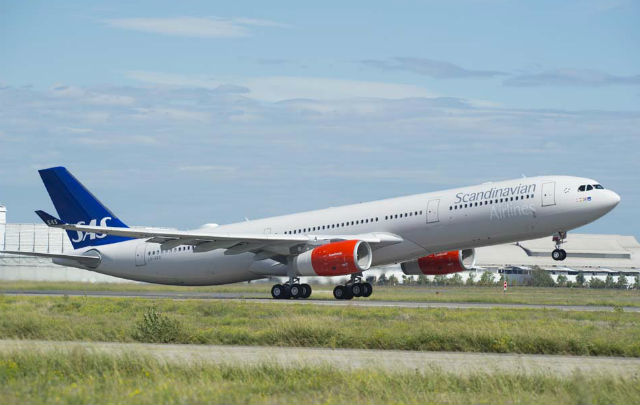 Similar to the -200 with increased maximum take-off weight, the -300 variant incorporates a new aerodynamic package and engine improvements. Additionally, an optional centre fuel tank is available.

"We are making substantial investments in our fleet and network which means that we by far have the strongest intercontinental offer to and from Scandinavia," argues chief executive Rickard Gustafson.