Flight SQ368 was operating from Singapore to Milan when an engine oil warning message forced the aircraft, bearing the registration 9V-SWB, to return to Singapore.

"The fire was put out by airport emergency services and there were no injuries to the 222 passengers and 19 crew on board," says SIA in a Facebook post.

A passenger video shows the entire right wing ablaze. She was quoted in local media as saying she could smell gasoline. Another eyewitness said the right wing burst into flames after the plane landed. 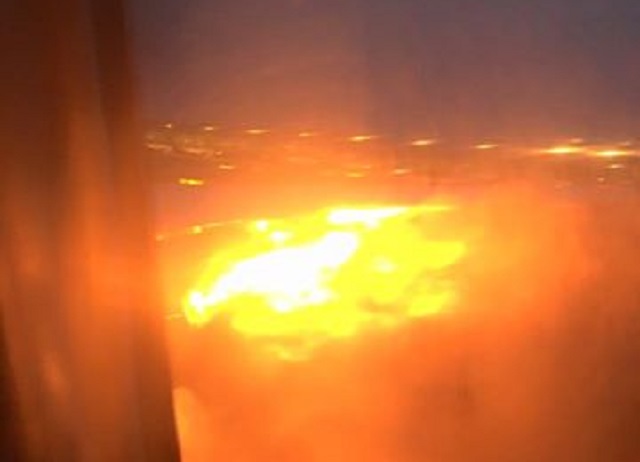 Passengers disembarked the aircraft through stairs and were transported to the terminal by bus. They will be transferred to another aircraft, which is expected to depart to Milan later today.

"SIA will be co-operating fully with the authorities in their investigations," adds the carrier.

Flightglobal's Fleets Analyzer lists 9V-SWB as of 2006-vintage. It is owned and managed by SIA.