A Singapore Airlines (SIA) Airbus A330-300 suffered a nose landing gear collapse on 11 October, while the aircraft was parked at Changi International airport.

In a statement, the carrier says the nose gear retracted while the aircraft was undergoing a landing gear system check.

SIA adds that no passengers or crew were on board when the incident occurred at around 08:00 local time. One engineer who was on the aircraft during the collapse was unhurt.

Photos on social media show the forward fuselage of the aircraft tilted downward, resting on the crumpled landing gear. The front door of the aircraft appears to have been torn off. 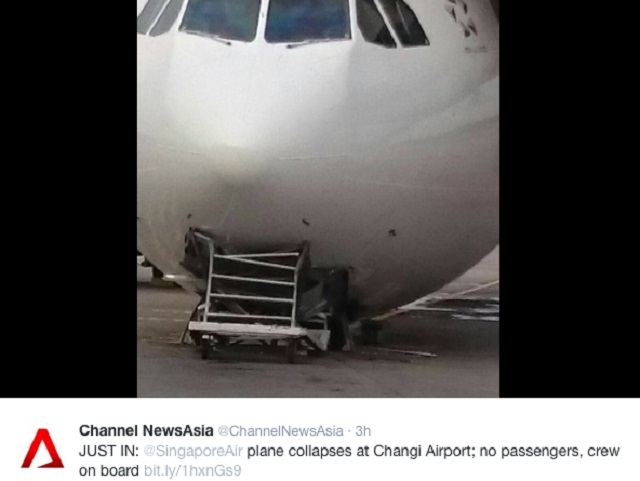 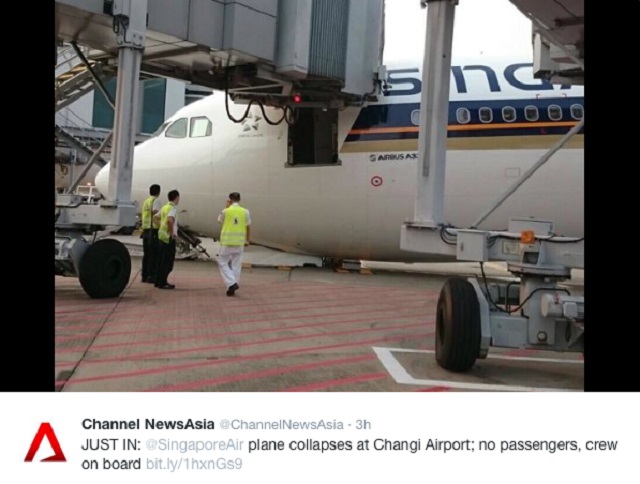 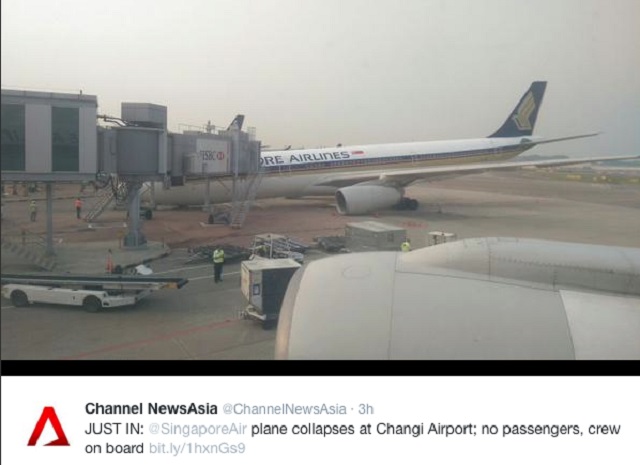 Bearing the registration 9V-STG, Flightglobal’s Fleets Analyzer shows that the A330-300 is of 2009-vintage, taken on lease from Aircastle Advisor.

"SIA will be co-operating fully with the authorities in their investigations," adds the carrier.