Airbus says the manufacturing of Thai Airways International’s first A350-900 is “advancing well”, with major components progressing towards the start of final assembly in October.

The airframer issued an image which shows the equipping of the forward fuselage in Hamburg, Germany, to include brackets, tubes, pipes and systems. 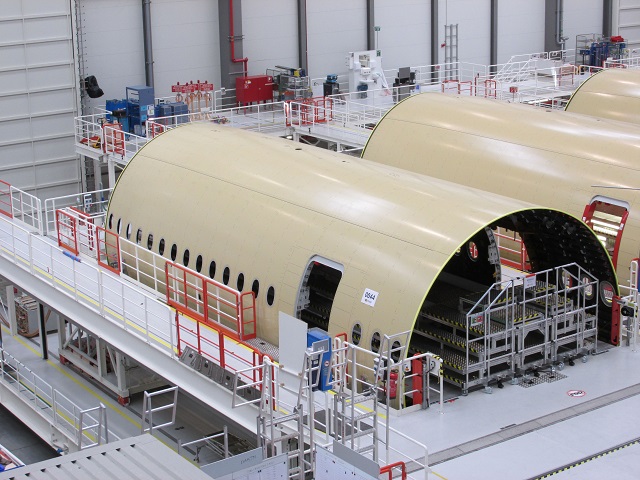 The section of the aircraft was manufactured and assembled by Premium Aerotec in Augsburg, Germany, and will be subsequently flown to Airbus’ Saint-Nazaire facility, adds Airbus.

Airbus also issued an image of the nose fuselage section, manufactured by Stelia Aerospace, which has been delivered to Airbus in Saint-Nazaire for assembly and equipping. 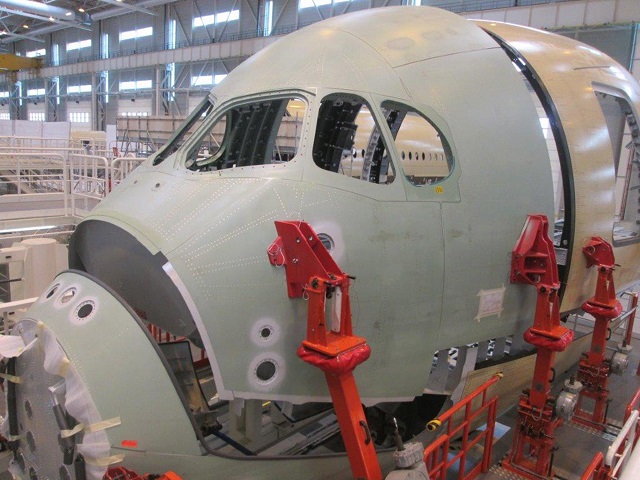 Both the forward fuselage and nose fuselage will joined up to form the front fuselage, which will then be shipped from Saint-Nazaire to the A350 final assembly line in Toulouse.

Flightglobal’s Ascend Fleets database shows that Thai Airways has 12 A350-900s on order, of which four are on direct ownership, and the remaining eight are on lease from ALAFCO and CIT Aerospace. Thai Airways also has another four of the aircraft on option.