The airline, based in Khanty-Mansiysk, has shown off a Boeing 737-800 (VQ-BQS) featuring the new scheme.

It retains the carrier's blue-and-white base colours but includes a simple fin design based on the initial letter 'U' rather than the previous 'UT'.

Similarly the prominence of the 'T' has been diminished in the brand name of the carrier, which is being amended to 'Utair'. 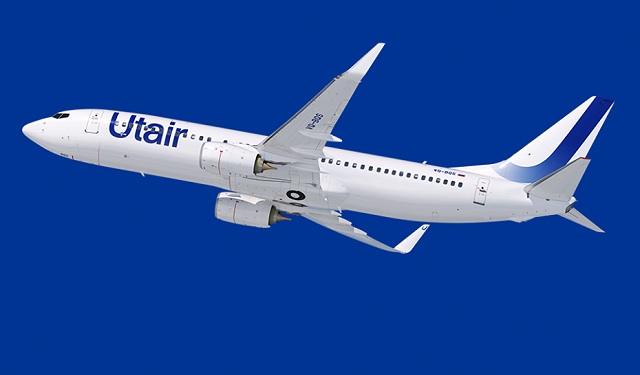 Utair general director Andrei Martirosov states that the change is an "expression of [our] new strategy and priorities".

The carrier intends to concentrate on developing its hub at Moscow Vnukovo and focus on digital sales channels.

"Passengers are not interested in flying but about what awaits them upon arrival," she says. "The mission of Utair is to bring people together, and make aviation simple, transparent and convenient."

Utair aims to repaint its fleet by the end of next year. The carrier, which emerged after the collapse of the Soviet Union as Tyumenaviatrans, originally adopted the name 'UTair' in 2002.

It says it accounts for around 60% of the income of its parent group, which also has a large helicopter division.