Airbus has started test flights with a second customer’s A350-900, with the first jet for Vietnam Airlines having completed its maiden sortie.

The Rolls-Royce Trent XWB-powered aircraft is to be delivered to the carrier in the “middle of the year”, says the airframer.

Vietnam Airlines is leasing the A350 from AerCap and plans to deploy it initially on the Hanoi-Paris route.

Airbus says the aircraft, which carried out its first flight from Toulouse on 1 June, is yet to undergo cabin completion.

Vietnam Airlines has ordered 14 A350s including four to be acquired via lessors. 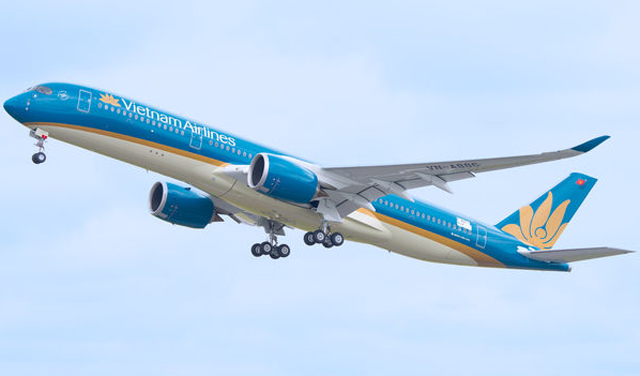 The carrier is one of four customers due to receive the A350-900 this year.

Qatar Airways already has three of the type in service. By the end of May its fleet had completed more than 485 cycles and accumulated over 2,100h flight time.

Speaking during a recent briefing in Toulouse, Airbus programme chief Didier Evrard said that the Doha-based carrier was handling the aircraft with “full autonomy” and that operations were “exceeding expectations”.

Finnair is aiming to put its first A350 into service in October while Latin American operator TAM will receive its first around December.

Airbus stated, at the end of May, that 21 A350s had entered the final assembly line, up to MSN29.