Virgin America has been revealed as the first recipient of an Airbus A321neo, after the aircraft was formally delivered to the US carrier.

The aircraft, leased from GECAS, is fitted with CFM International Leap-1A powerplants, the second of the two A321neo engine options to be certified.

While the rival Pratt & Whitney PW1100G-powered A321neo was the first to achieve certification, none has yet been delivered.

Airbus says the 185-seat Virgin America jet was handed over at a ceremony in Hamburg.

"It is proving unprecedented levels of fuel efficiency and environmental responsibility while maintaining the level of reliability Virgin America has come to expect from CFM," he says.

"We think they will be very pleased with all this engine has to offer."

Virgin America will put the aircraft into service on 31 May with a flight from San Francisco to Washington National. 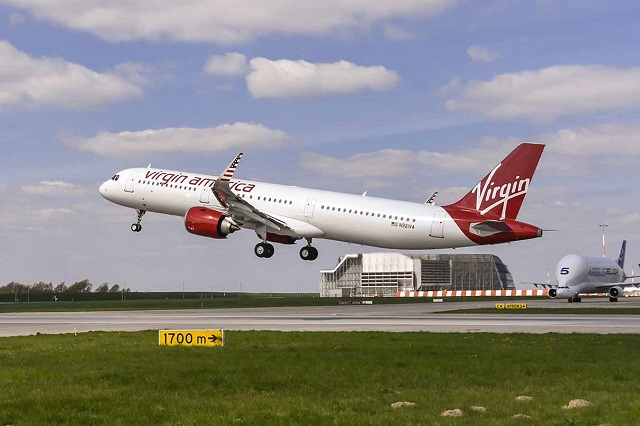