The first of Vistara’s Airbus A320s has been unveiled in the airline’s distinctive livery.

The aircraft landed at Delhi’s Indira Gandhi International airport on 15 October to a water canon salute. 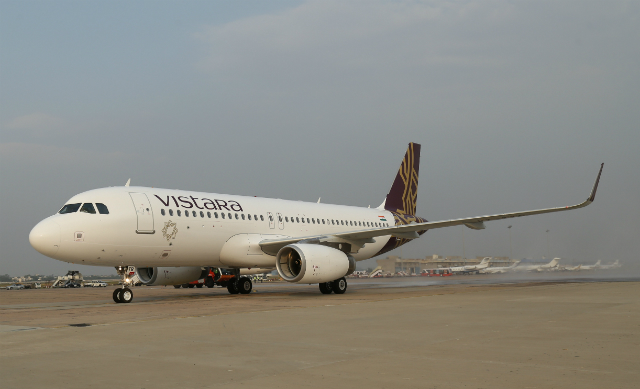 “Each step in this journey brings us closer to the realization of Vistara, an airline that will redefine the air travel. We are also thankful to the [Directorate General of Civil Aviation] for their cooperation and support,” says Vistara chairman Prasad Menon.

Flightglobal’s Ascend Fleets database shows that the Tata-Singapore Airlines joint venture has received two A320s, and has another 18 on order. All of the aircraft are being leased from BOC Aviation.

Despite the Vistara’s latest unveiling, the airline is still likely to miss its start date for launching services by end-October, due to a reported delay in approval by India's DGCA.