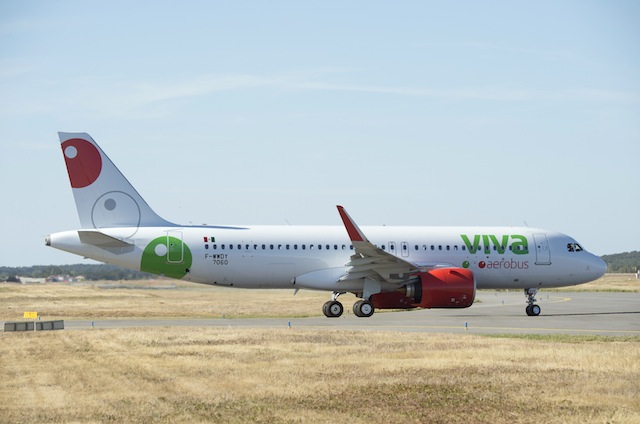 VivaAerobus’ A320neos are powered by Pratt & Whitney PW1100 engines, and can seat up to 186 passengers.

VivaAerobus is the third airline in Latin America to take delivery of the A320neo, after LATAM Airlines Brazil and Volaris.