Jim Wheeler, president and chief executive of Global SuperTanker Services, based in Colorado Springs, Colorado, expects the US Federal Aviation Administration to approve an amended supplemental type certificate in early May.

Investment group Alterna Capital Partners completed its purchase of the 747-400, which it part-owned for several years, in August, with the aircraft having undergone a heavy maintenance check the following month.

“We had 28 airworthiness directives we had to comply with, and all of that work was done to put the airplane back into pristine condition,” Wheeler told Flightglobal at the Aerial Firefighting International trade convention in Sacramento, California on 23 March. “Then we began painting and installing the tanks in the January/February timeframe.” 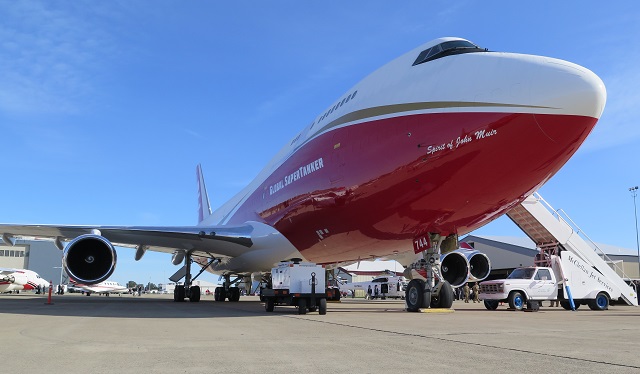 Boeing 747-400-based Global SuperTanker at AAF International in Sacramento, California on 23 March

The heavy-lift freighter, registration N492EV, was received by Japan Airlines in 1991 and sold on to Evergreen International. It is currently flying under an experimental type certificate and is on static display at the convention.

Once it begins commercial operations, Wheeler expects to secure several on-call service contracts with various entities worldwide. He expects enough demand between firefighting in the northern and southern hemispheres, plus oil slick dispersion and commercial liquid transport, to justify a fleet of "at least three aircraft, and maybe more”.

“It’s based here in the US and it will probably be on-call here more than anywhere else, but we have been to Australia, Germany, Croatia, France and the European Union in Brussels discussing this and the reception has been superb,” says Wheeler. “Being global and having a broader business plan than just wildfire fighting makes this an incredibly viable product and service offering to the whole world.” 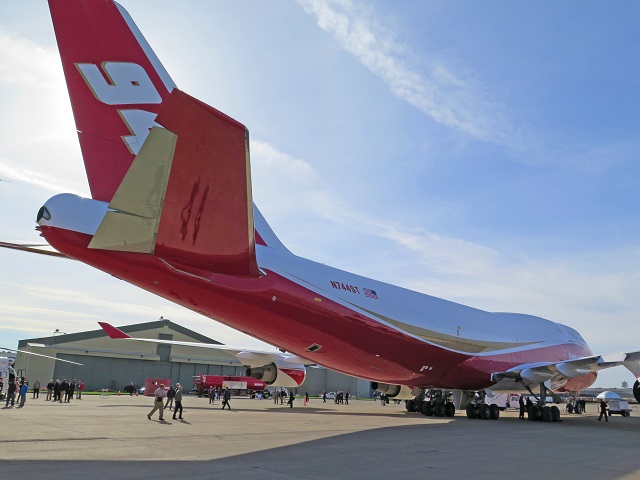 Global SuperTanker is looking for on-call contracts over fixed, exclusive-use deals, so that its aircraft can be available whenever and wherever they are needed most.

The tanker fills a worldwide gap in super-heavy, long-range aerial firefighting capability, left by the retirement of the Evergreen 747-100 Supertanker because of financial troubles. That tanker previously held on-call firefighting contracts with the US Forest Service, and one of its last deployments was to Israel during the deadly Mt Carmel forest fire.

Global SuperTanker now owns the technical data and onboard tanking system, which is installed but not quite ready for service. “We were delayed about three weeks longer than we anticipated in the paint shop, so as soon as it leaves here [Sacramento], it’ll go back and finish the tank installation, which should take anywhere from seven to 10 days,” Wheeler explains. 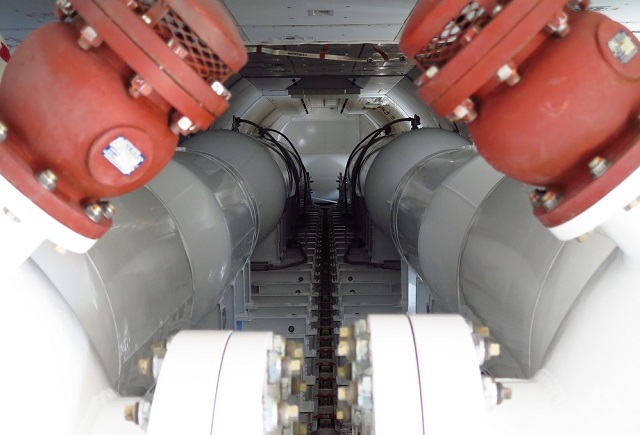 Wheeler notes that despite its sheer size and capacity, the SuperTanker is safer than many direct-attack water bombers for people on the ground, because its payload is dispersed over a wider area – more like heavy rain than a water dump. 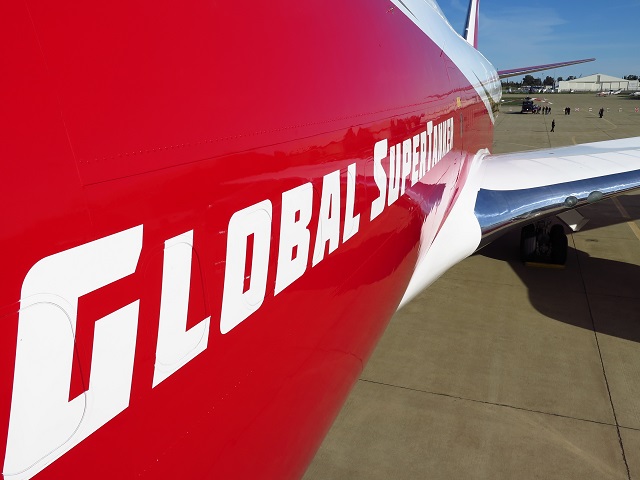 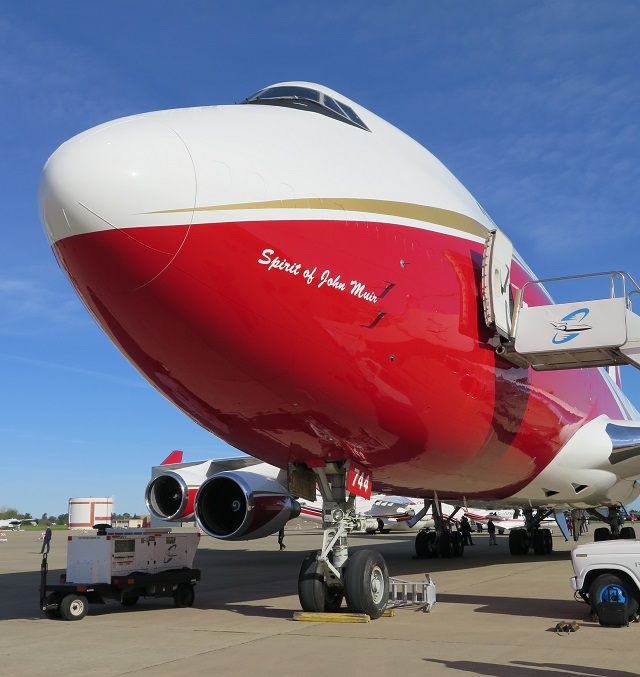