Aerolineas Argentinas has formally taken delivery of its first Boeing 737 Max 8, after the aircraft arrived in Buenos Aires in late November.

The SkyTeam carrier, which operated the aircraft on its first commercial flight between Buenos Aires and Mendoza, formalised the delivery in a ceremony today at Buenos Aires Ezeiza airport. 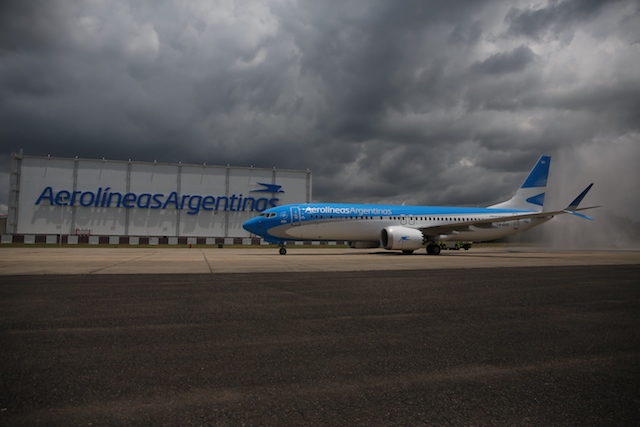 Aerolineas is the first Latin American operator of the 737 Max. Its first aircraft is registered LV-GVD and is configured with 170 seats. 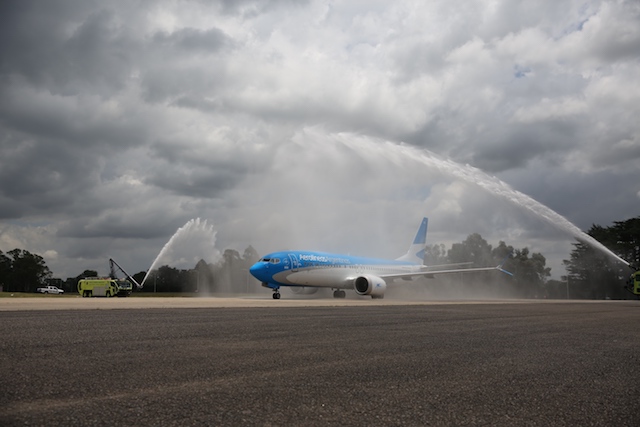 The carrier plans to launch a new route to the Caribbean with the 737 Max from either Buenos Aires or Cordoba, Dell'Acqua said. The aircraft will also operate on domestic and regional routes.