Brazil's Azul has received its first Airbus A330-200, which landed at Belo Horizonte Confins International airport on 25 June.

The aircraft, registered PR-AIZ, had departed from Lake Charles, Louisiana, where MRO provider AAR had repainted the aircraft in Azul's livery.

Named "America Azul", the aircraft will enable the airline to launch its first international flights to the USA from as early as December 2014. 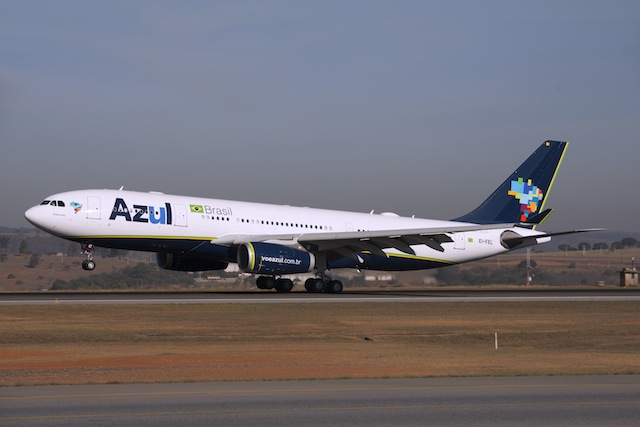 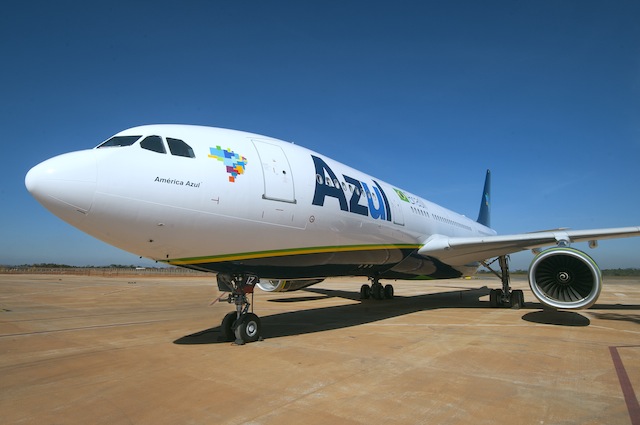 Azul announced in April that it will acquire six A330s and five Airbus A350-900s for the new flights, and subsequently applied for authority to begin service from its base at Viracopos-Campinas International airport to Fort Laurderdale and Orlando. It also plans to begin service to New York in July 2015. Azul now operates Embraer jets and ATR turboprops.

The A330-200, leased to Azul by ILFC, was previously operated by Middle East Airlines and Gulf Air, Flightglobal's Ascend Fleets database shows. Powered by Rolls-Royce Trent 700 engines, the aircraft was delivered in June 2003. As of the end of November 2013, the aircraft had accumulated more than 33,500 hours and 9,783 cycles, Ascend Fleets shows.

The airline says it will be modifying the seat configuration of the A330-200 in the next few months, and will announce more details. The carrier previously said the A330s will be configured with 246 seats, 36 of which are in business class. Ascend Fleets shows the A330 Azul just took delivery of was configured with 250 seats - 42 in business class and 208 in economy.