Boeing workers started a months-long process of joining the wings, fuselage sections and systems of the first stretched 787-9 on 30 May in Everett, Washington, the company announced today.

The 290-seat widebody also remains on track for first flight in the second half in 2013, Boeing says. Delivery to launch customer Air New Zealand is scheduled in early 2014, a delay of roughly four years from the original plan.

So far, 20 customers have bought a total of 355 787-9s, representing 40% of the 787 programme's backlog, although that percentage will likely be adjusted with the forthcoming launch of the double-stretch, 320-seat 787-10X.

In addition to lengthening the airframe by 6m (20ft), Boeing rolled several product improvements into the 787-9 that were conceived as lessons from the making of the 250-seat-class 787-8.

"From the start, the entire 787-9 team has focused relentlessly on execution so that we fulfill the commitments to our customers," Mark Jenks, vice-president, 787 airplane development for Boeing Commercial Airplanes, says in a statement. 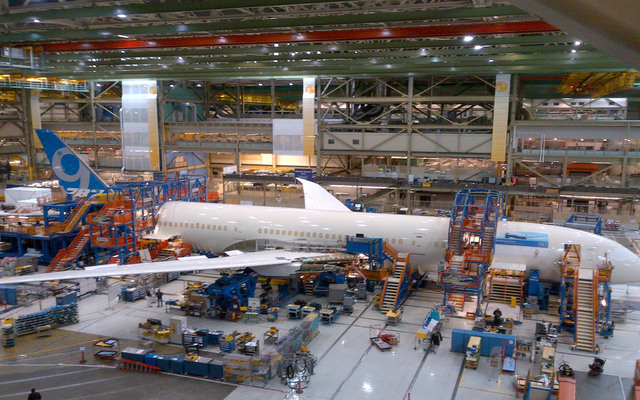 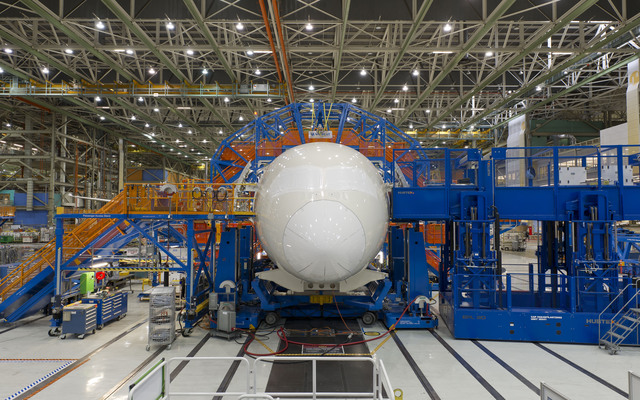 Boeing is building the first three 787-9 flight test vehicles on a temporary surge line in Everett, as certification aircraft require more effort and instrumentation to assemble than models in an established production system.

The 787-9 programme locked down the design in 2010, or three years after the production system breakdowns emerged on the 787-8. As a result, the newer model was inducted into a more disciplined product development process that has helped keep the design and the supply chain on track, even as Boeing continues to ramp up production of the 787-8 to historically high levels by the end of this year.

While Boeing's original plan to assemble the 787-8 in five months ultimately consumed two years and seven months to compelete, the 787-9 assembly process is expected to be finished in two or three months.

"Integrating the 787-9 into our production system on time is another clear sign that we are well prepared and well positioned for the work ahead," Jenks says.