The single engine aircraft (N352F) took off from an airfield in Bend, Oregon at 15:08 on 29 July (pictured below). The six-seater aircraft, which aims at achieving a top speed of 359kt (650km/h), performed "flawlessly" during the first flight, says chief test pilot Graham Archer.

The aircraft will now complete its initial flight test programme in Bend thi smonth before flying to the company's base in the UK. The aircraft will then continue on to Abu Dhabi in the United Arab Emirates for a two-week promotional tour. The aircraft is being made in conjunction with Gulf Aircraft Maintenance (Gamco). 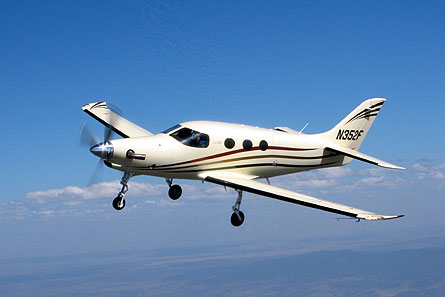 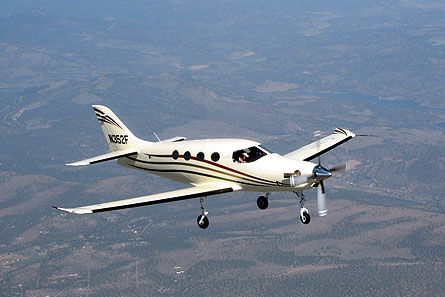