Airbus has painted the first A380 destined to enter airline service with launch operator Singapore Airlines (SIA) later this year. Aircraft MSN003 emerged from the manufacturer's Hamburg paint hangar following installation of its passenger cabin in March, and testing of the associated systems last month.

Several passenger windows in the forward lower deck have been blanked off, suggesting that SIA has opted for an innovative first-class cabin design. 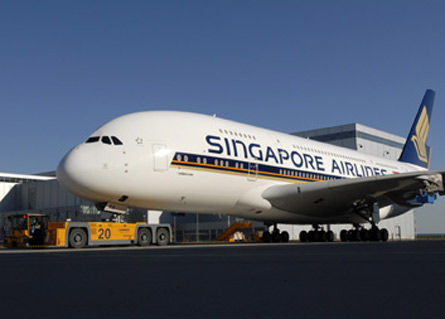 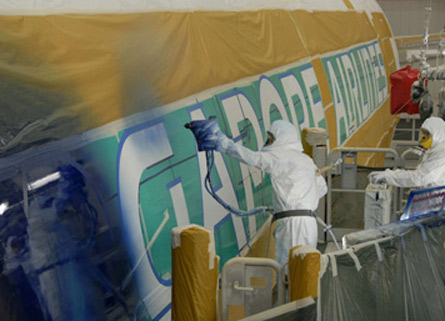 The aircraft will now undergo more testing on the ground before its cabin systems are tested in flight this summer.

Additional A380s for Singapore Airlines - MSN005, MSN006 and MSN008 - are also in Hamburg and are "on track according to the production schedule", says SIA. "In fact, MSN008 is even ahead of schedule, having arrived in Hamburg two weeks earlier than planned," the airline adds.

MSN005 is currently undergoing electrical harness installation. This will be followed by systems testing in the summer and cabin furnishing.

Singapore Airlines expects to take delivery of its first A380 in October.

For more A380 pictures, please visit our Airbus A380 page