Pictures of an Ilyushin Il-76 cargo aircraft burning on the ramp at an unidentified African airport have emerged on the internet.

The images, posted on the FlyAfrica discussion forum, suggest that the aircraft is painted in the colours of Russian operator Dobrolet. 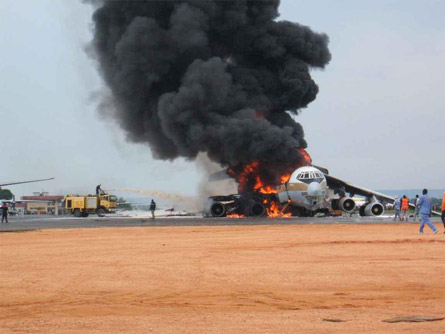 One former Dobrolet aircraft is operated by Aban Air of Iran, according to Flight’s ACAS database, although it is unclear whether this was the aircraft involved in the fire. 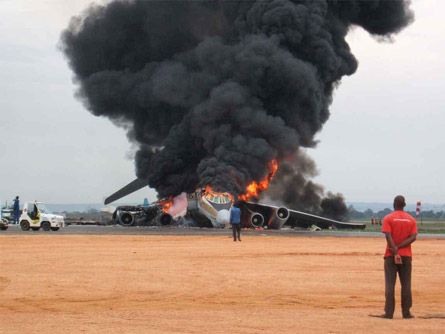 A contributor to the discussion forum suggests that the incident happened on 10 May at Pointe-Noire in Congo, and began in a 4x4 vehicle being loaded onto the aircraft for a flight to Brazzaville.

Do you know anything about this incident?