An Interjet Sukhoi Superjet 100 hit an airbridge at Mexico City International airport on 25 October while being towed.

Photos posted on Twitter show damage to the aircraft's nose after it was wedged under an airbridge.

No injuries were reported, says Interjet, which says the incident happened while the aircraft was being towed from a hangar.

The airline has launched an investigation into the incident, it says. 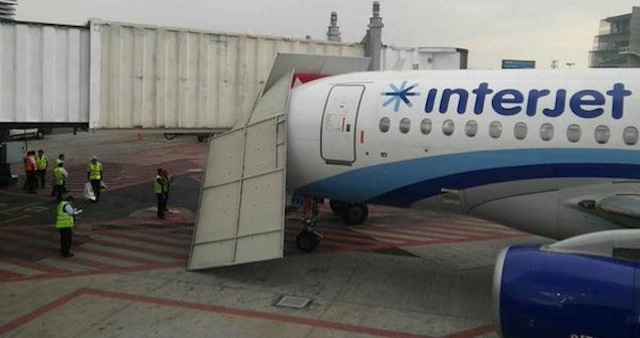 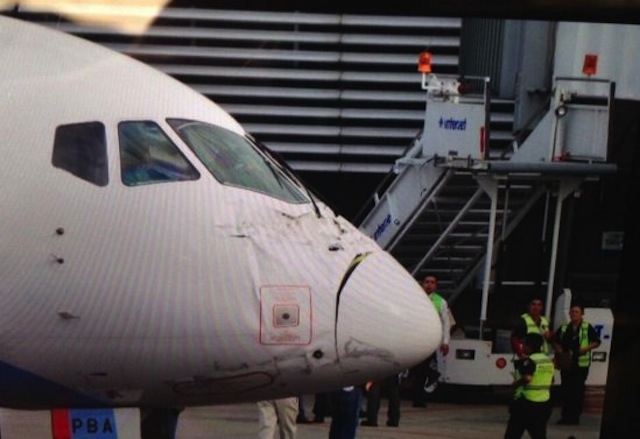