Korean Air will introduce a new business class seat, which will initially debut on its newest Airbus A330-300s.

The new seats will debut on services from Seoul Incheon to Guangzhou, Hanoi and Singapore. It will then be rolled out to other destinations such as Brisbane, Sapporo, Shanghai and Taipei, says the carrier.

While the Skyteam member declined to identify the seat manufacturer, it bears similarities to the Apex seat suites produced by B/E Aerospace. On the Airbus A330s the seats will be configured in a 2-2-2 layout. 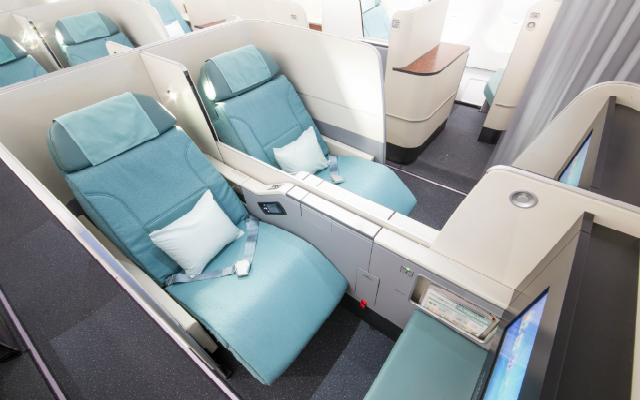 Each seat is equipped with privacy panels, allowing greater privacy for passengers in the aisle seats, and an ottoman. In a fully flat bed-mode, the seats will have a 22.5in width, an increase from 21in from the previous seats.

The new suites also feature a 17in touchscreen monitor as part of a new inflight entertainment (IFE) system. 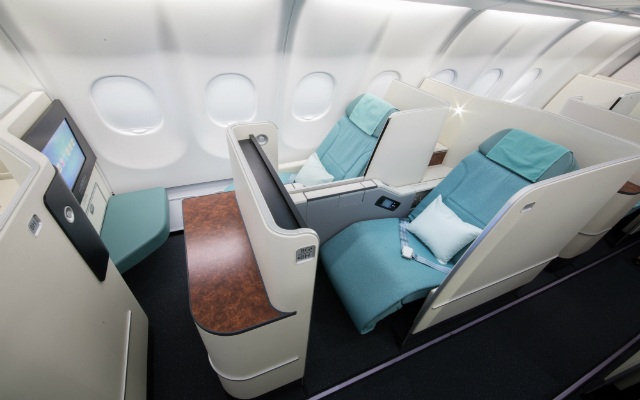 In response to queries from Flightglobal, the airline adds it does not have any plans to retrofit any of its aircraft with the new seats or IFE system.