The Boeing 767-300ER, registration PT-MSY, departed Rio de Janeiro for Geneva on 1 May on a non-revenue flight to collect the Olympic flame. It will depart Geneva today at 22:45 and arrive in Brasilia tomorrow morning at 06:30. Two Brazilian Air Force fighter jets will escort the aircraft, says LATAM.

The aircraft is painted in LATAM’s new livery, with a few special touches to reflect Rio de Janeiro’s hosting of the 2016 Olympics. The 767, which formerly flew in TAM colours, was built in 2012, Flightglobal's Fleets Analyzer shows. 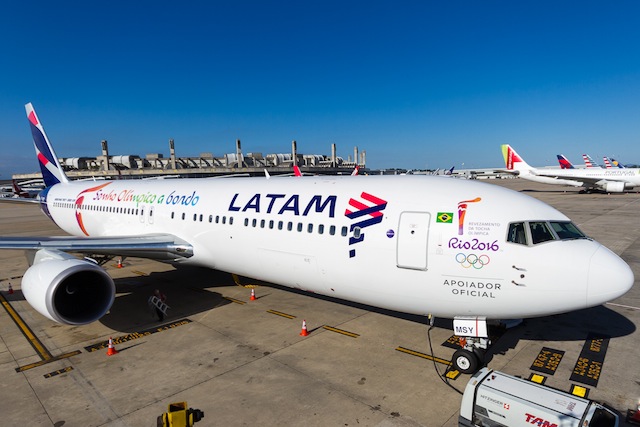 LATAM says the Olympic flame, which is never extinguished, will be transported in the 767’s passenger cabin. It will burn in four closed lamps fuelled by kerosene. Four pilots and nine flight attendants will crew the flight. About 100 passengers, including members of the 2016 Olympics organising committee, LATAM executives and athletes, will be on board.

LATAM unveiled its new livery late last month, after it announced in 2015 a new branding integrating both LAN and TAM. The carrier’s combined fleet will be entirely repainted by 2018. 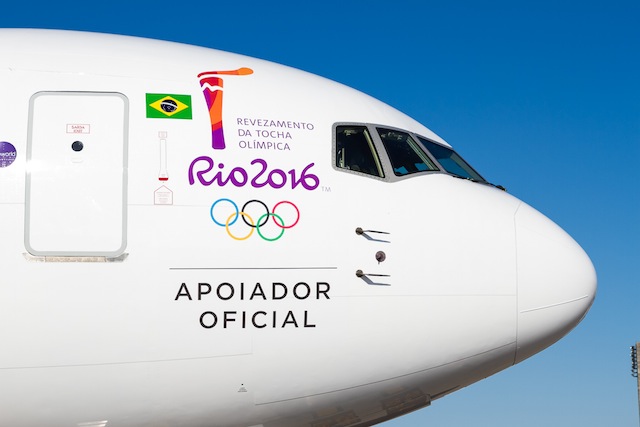