Indonesian regulators are investigating an incident in which a Lion Air Boeing 737-900ER and a Wings Air ATR 72-500 clipped wings at Medan's Kualanamu airport.

The incident occurred on 3 August, after the Lion aircraft, registered PK-LJZ, landed from Banda Aceh. The Wings turboprop, registered PK-WFF, was awaiting clearance for take-off to Meulaboh. 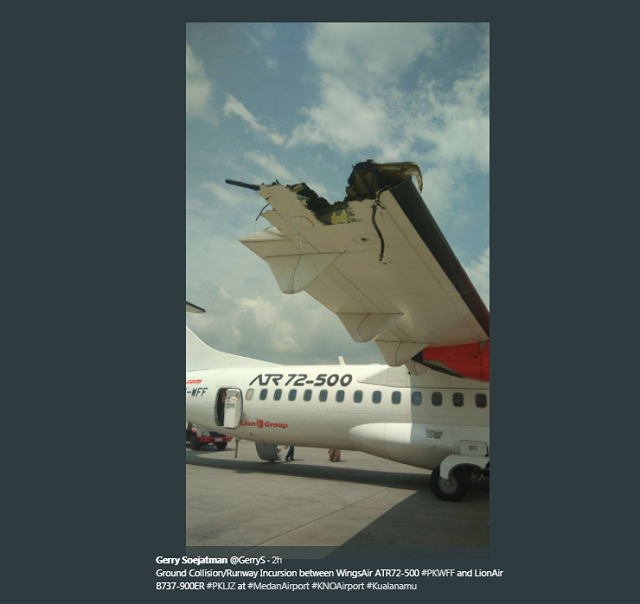 It is still unclear how the incident happened, and whether it occurred on the runway or taxiway, a Lion Air Group spokesman tells FlightGlobal.

He adds that both aircraft have been grounded, but that no one was injured in the incident. 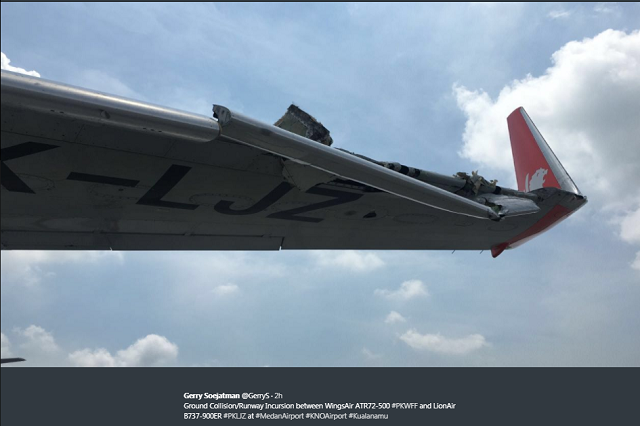 Pictures on social media show damage to the slats of the 737's left wing. The Wings turboprop appeared more seriously damaged, with a portion of its right wing shaved off.