PICTURES: 'Lufthansa yellow' lives on in uniforms and signage

Lufthansa will continue to use the colour yellow across the business, despite its decision to largely focus on a dark-blue shade for its new livery.

The German carrier formally unveiled the updated livery and branding to staff at an event in Frankfurt on 7 February. 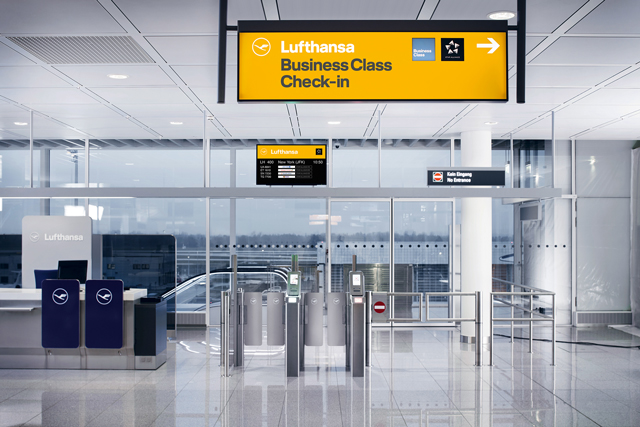 It also unveiled new crew uniforms, airport signage and other branding – all of which feature the colour yellow. 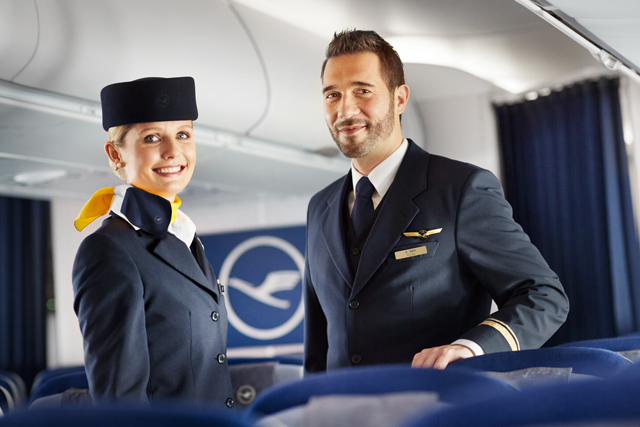 Acknowledging the rumblings of discontent around the decision to focus on a dark-blue paint job for its aircraft fleet, group chief executive Carsten Spohr showed off his "Lufthansa yellow" socks to laughs from 3,000 staff members at the launch event.

"Lufthansa yellow" still makes an appearance as part of the new aircraft scheme – it is used for the "Welcome" message that will greet passengers as they board. 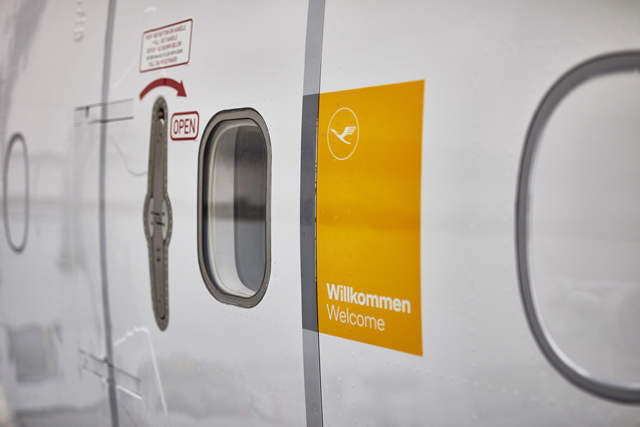 "We will use yellow perhaps even more in the future," says Spohr.