After 51 years of service with the US Marine Corps, the Boeing-Vertol CH-46 Sea Knight flew for the last time 1 August at a retirement ceremony in Chantilly, Virginia.

The “Phrog,” which made its combat debut in Vietnam, is being put on display at the Smithsonian Institution’s National Air and Space Museum in Chantilly, but will eventually move to a new annex at the National Museum of the Marine Corps in Quantico, Virginia. 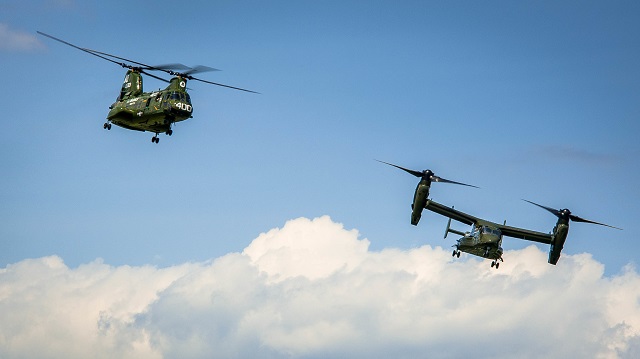 The CH-46 and MV-22 Osprey begin there landing at the Smithsonian National Air and Space Museum.

The twin-engined, tandem-rotor aircraft first flew in August 1962, and the first production example was delivered in 1964 as a medium assault transport helicopter.

Although the Sea Knight’s core missions were resupply, medical evacuation and aircraft and personnel recovery, a small number were assigned to Marine Helicopter Squadron One (HMX-1), providing utility support for presidential airlift operations. Those duties have since passed to the Bell Boeing MV-22 Osprey. 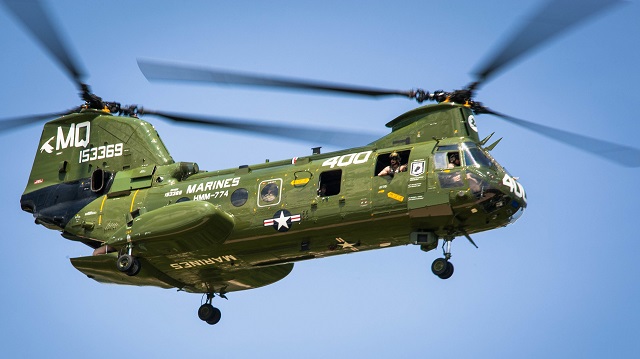 At the retirement ceremony, the Sea Knight previously assigned to HMX-1 was displayed alongside a MV-22 that now supports presidential airlift. Neither type were used to carry the president, since that duty is performed by the vintage VH-3D Sea King, at least until the new Sikorsky VH-92 “Marine One” presidential helicopter comes online in the 2020s.

“When Marines were wounded in their darkest hours, this aircraft would bring them home safely,” he was quoted as saying in a statement. 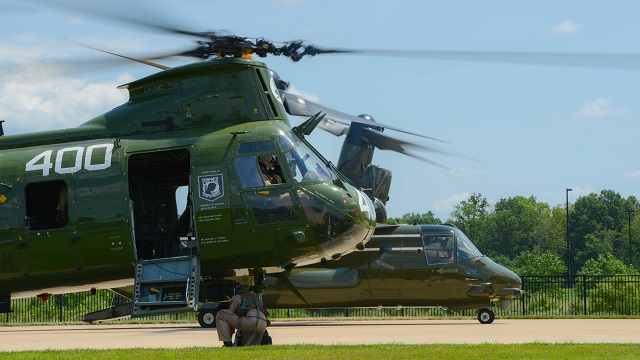 (All photos by US Marine Corps)