Qatar Airways has configured its new Airbus A350-900 with a 283-seat, two-class interior featuring a business cabin similar to that on its Airbus A380 and Boeing 787 fleets.

The cabin layout was unveiled during a press flight during the Qatar’s A350 delivery ceremony in Toulouse on 22 December. 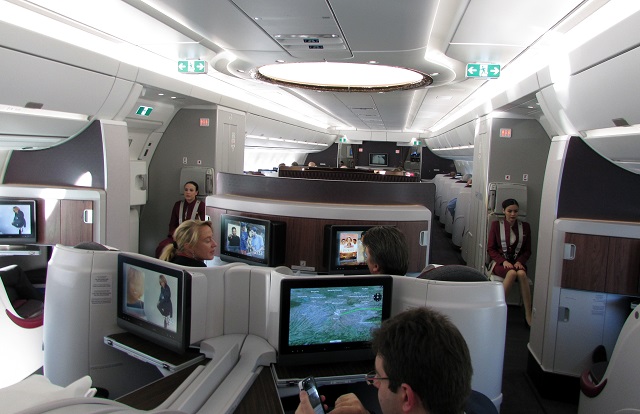 The business cabin incorporates 36 seats in a four-abreast (1-2-1) configuration, each featuring 80in (76cm) lie-flat beds and 17in high definition in-flight entertainment screens. 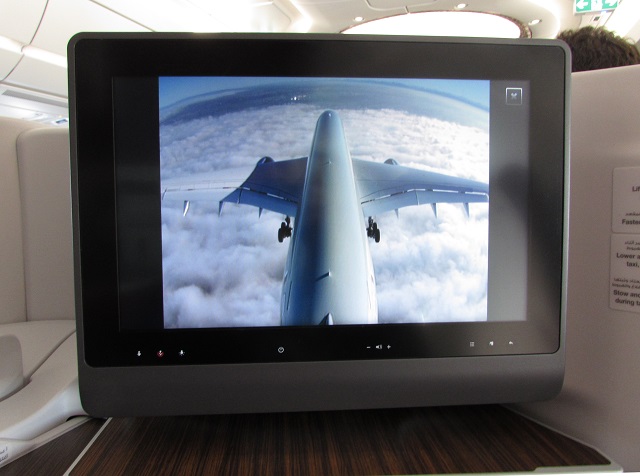 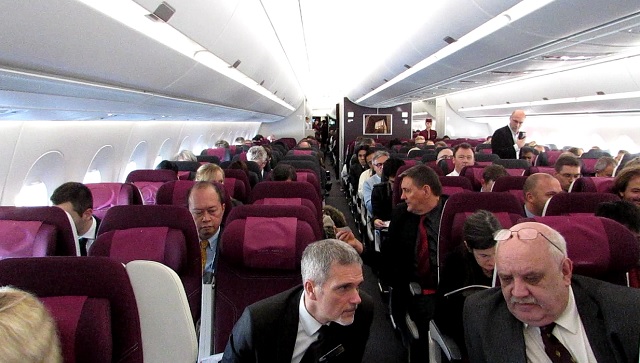 Qatar’s A330-300s are operated in various layouts seating 259 passengers or 305 passengers, depending on the size of the business cabin. Their economy cabins are eight abreast, in a 2-4-2 layout. 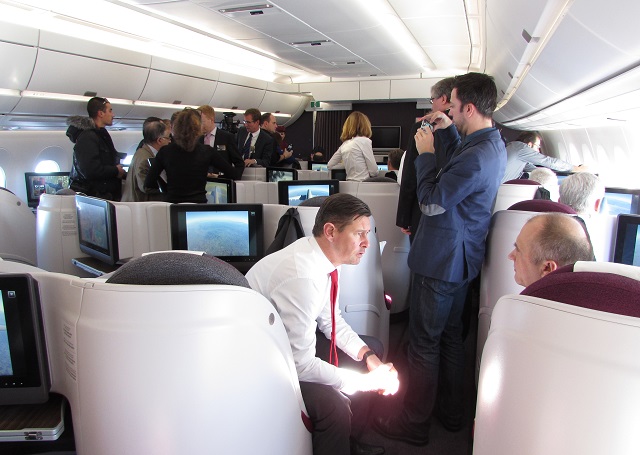