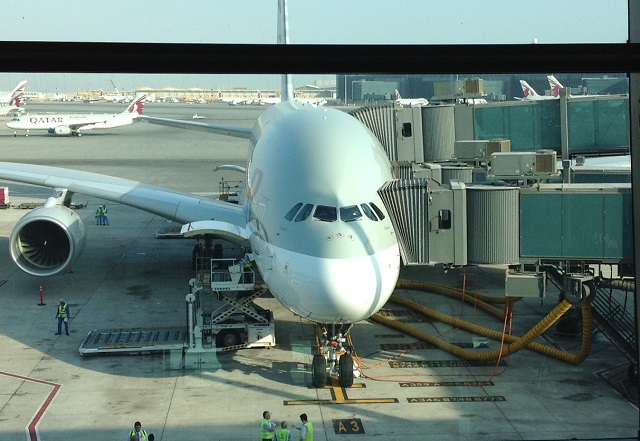 Qatar Airways operated its debut Airbus A380 service on 10 October, replacing a Boeing 777-300ER on its flagship Doha-London Heathrow route. Before the end of the year, the 517-seater will be introduced on its Paris services and on a second daily Heathrow rotation.

The Doha-based airline took delivery of the first of 10 A380s it has on order on 17 September, several months later than planned due to an acceptance wrangle with Airbus over the quality issues. At the time of the first delivery, a further three A380s were undergoing acceptance by the airline and these are all due to be delivered by the end of the year. 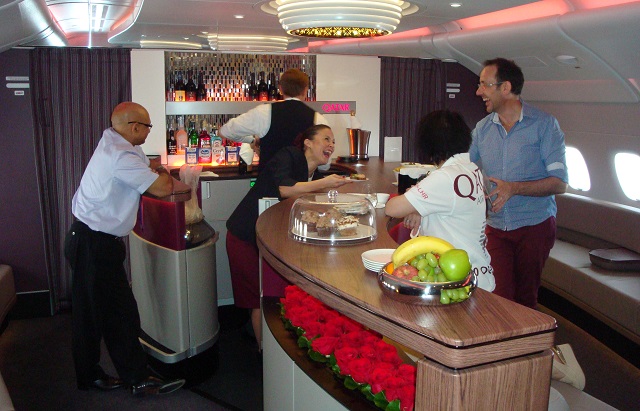 Prior to the delivery hold-up, Qatar had aimed to put the type into service between Doha and London in June. When it finally came, the debut was a relatively low-key affair compared with previous Qatar inaugurals. The A380 operated a normal commercial flight on the daily QR003/004 service and did not involve the airline’s boss Akbar Al Baker.

Qatar currently operates six daily frequencies between Doha and Heathrow, and a second service will switch to the A380 in December. Paris Charles de Gaulle is set to join the airline’s A380 network in the coming weeks. 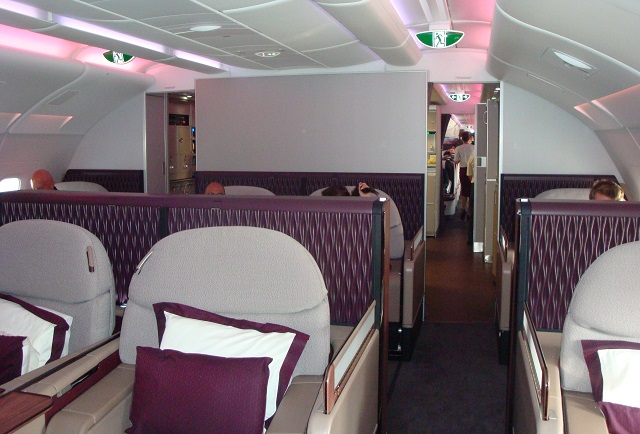 The Oneworld airline’s A380 has a three-class 517-seat layout - 182 more than the 335-seat 777-300ER it replaced between Doha and London. The superjumbo’s premium cabins are on the upper deck. These include a first-class cabin incorporating eight flatbed seats (above). The A380 is one of just two types in the Qatar fleet offering this standard of service with the other being its fleet of four A340-600s. 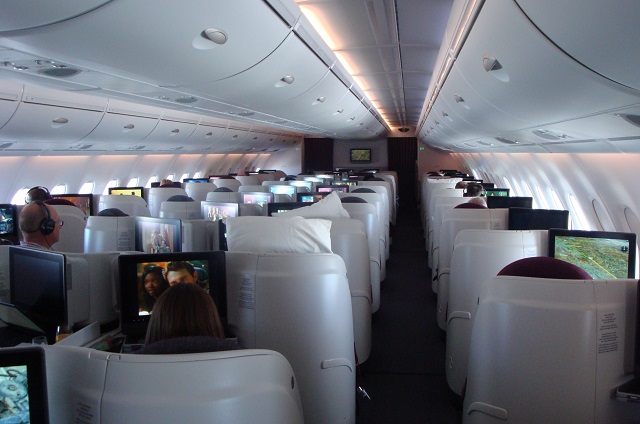 The A380’s upper deck also has a 48-seat business class cabin (above), similar in specification and configuration to that offered on its Boeing 787s. However one novelty exclusive to the A380 is a bar/lounge zone located behind the business cabin and open to all premium customers. The rear of the upper deck features a 56-seat economy cabin which supplements the all-economy main deck containing 405 seats.

With the A380 debut finally behind it, Qatar Airways is now finalising plans to become its first airline to take delivery of the Airbus A350-900. It expects to receive the first aircraft before the end of the year and then operate the type’s debut revenue service. 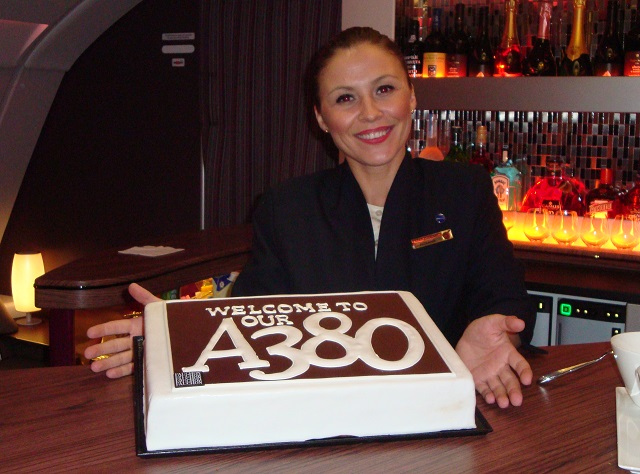