A Boeing C-17 strategic transport belonging to the Royal Air Force has been deployed to Hungary for the first time, to carry out night vision training alongside the multinational Heavy Airlift Wing’s fleet of the same type.

The aircraft, from the RAF's 99 Sqn, departed its Brize Norton base in Oxfordshire for Pápa air base in Hungary on 20 June, and was escorted towards the end of its journey by a Saab Gripen C from the Hungarian air force’s 59/1 Puma Sqn.

Exercise Hungary Puma saw the transports' crews carry out night vision goggle training from the base, which has facilities for conducting night operations and assault landings. It also has dedicated airspace for C-17 flights, and specialist lighting for night operations.

“This is a fantastic opportunity for us to train at an airfield specifically designed for C-17s,” Flt Lt Ben Mountfield, a pilot with 99 Sqn, says. “It’s great to enjoy the free airspace around Pápa, which allows us to manoeuvre the aircraft to develop our tactical procedures.” 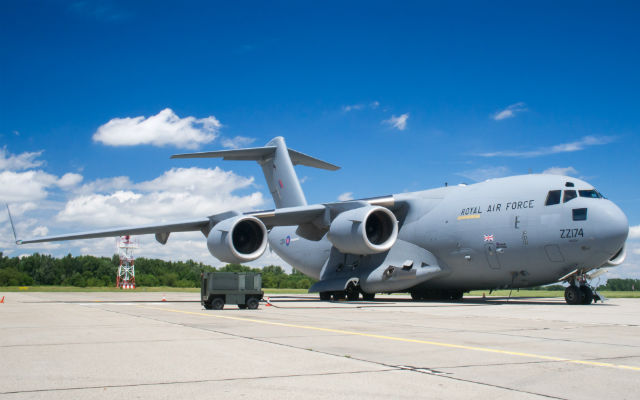 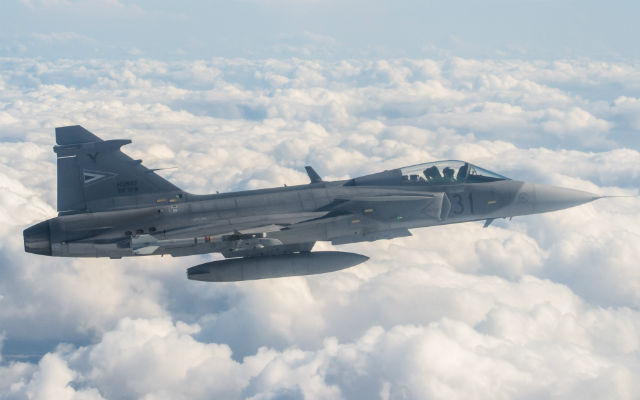 SAC operations augment British, Canadian and US C-17s, and this is the most recent development in bringing the individual and consortium crews together.

In January, it was announced that SAC C-17 aircrews were to begin training on Boeing-developed simulators in the UK, under an $8 million contract negotiated by the US Air Force. Pilots and loadmasters had previously received instruction on devices in the USA, but were to begin using the C-17 training site in Farnborough, Hampshire.

Flightglobal’s Fleets Analyzer database shows the RAF as having eight C-17s, while the SAC operates three.