Embraer has selected German company Rheinmetall to develop the training system for its developmental KC-390 transport, under a deal potentially worth at least €100 million ($112 million).

Announced by Rheinmetall in April, the framework agreement will see the company provide a full suite of training equipment over a 10-15 year period, which it expects will result in sales worth “well over” €100 million.

Training for cargo handling, procedures and maintenance, plus flight and mission training, will be provided. Rheinmetall will draw upon its experience in providing the cargo hold simulator for the Airbus Defence & Space A400M for the project.

“We look forward to building on our recent fruitful co-operation with Rheinmetall and are confident that our partnership will result in a first-class KC-390 training media suite that will definitely contribute to the overall success of the KC-390 programme," Jackson Schneider, president and chief executive of Embraer Defense & Security, says.

The aircraft is undergoing flight testing, with certification expected by the end of 2017 and deliveries starting in 2018. The photos below, taken in early March near the airframer's São José dos Campos facility, show the prototype carrying out flight trials under the observation of the Brazilian air force. 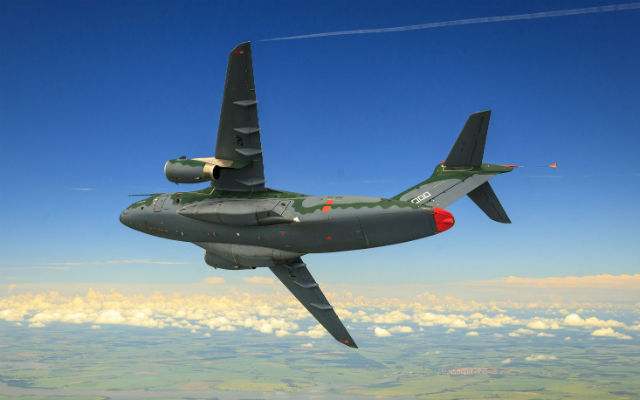 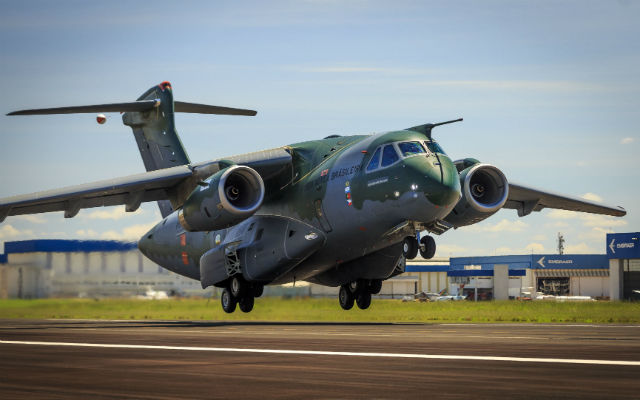 The Brazilian air force has 28 of the type on order, and Argentina, Chile, Colombia, the Czech Republic and Portugal have all expressed their intent to order the KC-390, Flightglobal’s Fleets Analyzer shows.

Embraer told Flightglobal in March the single flying prototype had completed 100h. A second test aircraft is in final assembly and is due to join the certification effort in mid-2016. 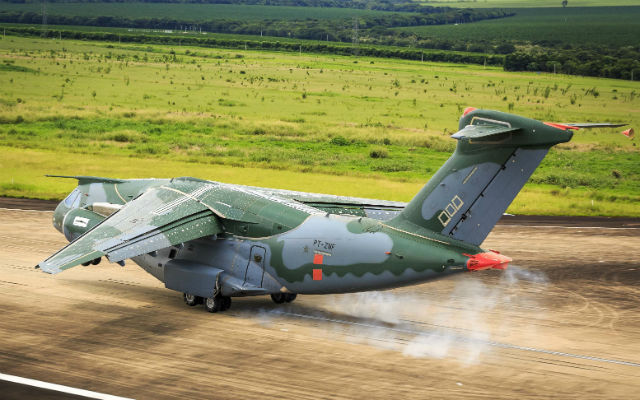