SilkAir has taken delivery of its first Boeing 737-800, marking the start of its transition to an all Boeing fleet.

The new aircraft, bearing registration 9V-MGA, will be put into passenger service on 20 February, and will be deployed on routes to Kuala Lumpur, Penang, Phuket and Medan.

SilkAir's pilots will be flying the aircraft back to Singapore on 9 February. The narrowbody will make the 21 hour flight with stops at Honolulu, Majuro and Guam. It will arrive in Singapore on 12 February and be on static display at the Singapore Airshow on 14 February. 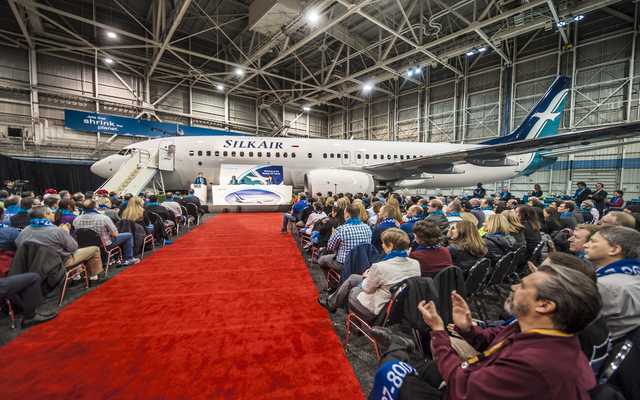 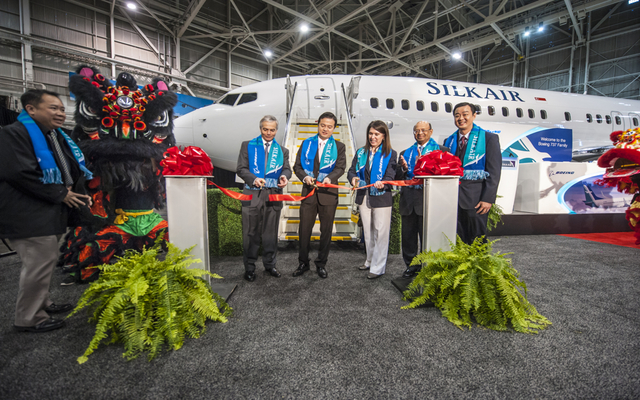 "The new Boeing 737 aircraft will support our network expansion plans," says SilkAir chief executive Leslie Thng at the delivery ceremony in Seattle. "The transition to an all-Boeing fleet will enable us to efficiently serve more destinations, fly longer routes and increase capacity on existing routes."

The Singapore Airlines' regional arm will take delivery of a total of eight 737s this year. With the deliveries, the carrier will fly the aircraft to destinations in Cambodia, Vietnam, India and the Philippines starting in March.