The carrier-based aircraft took part in a ceremonial final take-off and flyaway from its previous home base, leading the way for the Boeing EA-18G Growler to take over as its replacement. 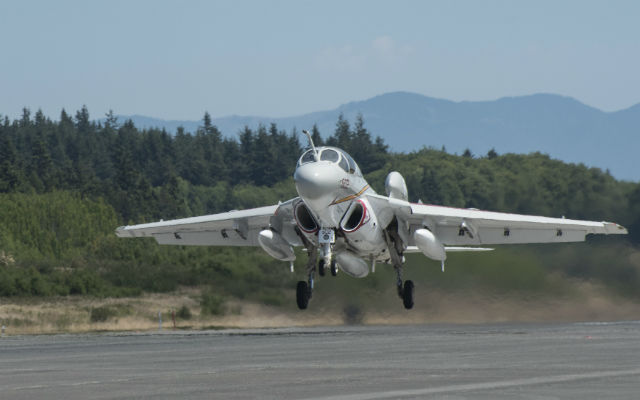 The Prowler on its final take-off 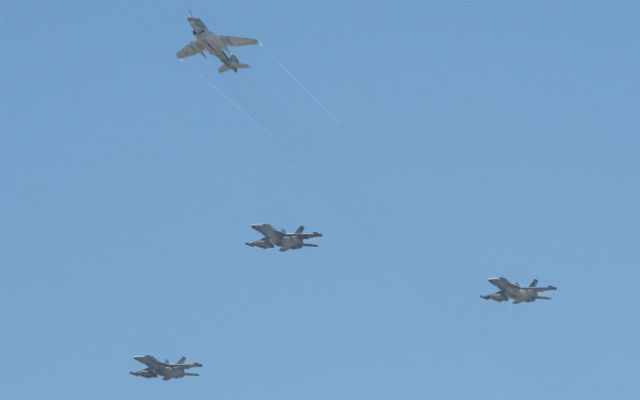 The Prowler flying alongside three Growlers

This aircraft – number 163890 – was the USN’s last Prowler to be operated (one of 14 that were left in the fleet up until it was retired), out of a total of 173 that had been delivered since the aircraft became operational in 1971, Flightglobal’s Ascend Fleets database shows.

However, the US Marines Corps – which has operated the type since 1977 – will continue to fly its fleet of 25 Prowlers from Marine Corps Air Station Cherry Point in North Carolina until 2019.

Ascend shows that the USN has received 107 F/A-18F-derived Growlers to date, including two test aircraft, and has 28 further on order plus options for three more.

The Prowler is a long-range, all-weather electronic attack aircraft derived from the Grumman A-6 Intruder attack aircraft. Its primary mission is to detect, identify and disrupt enemy air defence radar systems and related communications systems in support of airstrikes, Northrop says.