Photographs have surfaced of a WestJet Boeing 737 Max 8 in the airline's new livery, giving an initial look at a paint scheme that the Calgary-based airline rolled out in May.

At the time, WestJet released digitally-rendered images of the livery on a 787-9, but it has not yet released actual photographs.

The shots show the aircraft on final approach to Toronto while operating WestJet flight 656 from Calgary, according to Podolec. 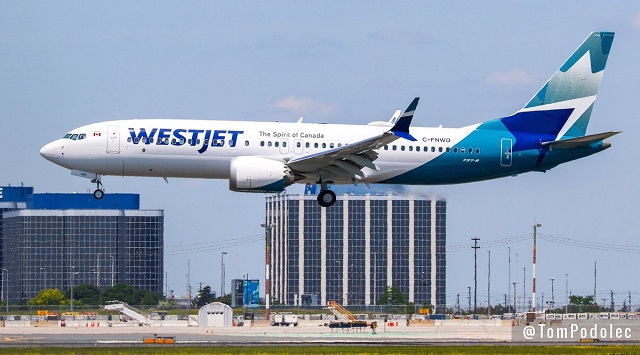 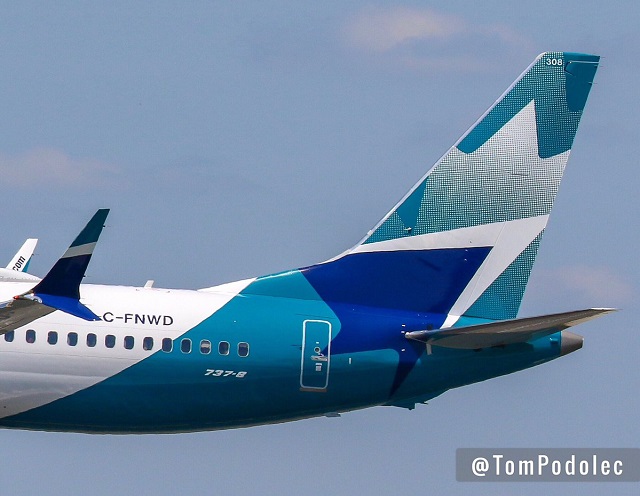 He also caught the aircraft taking off from Toronto, bound for Vancouver as WestJet flight 715. 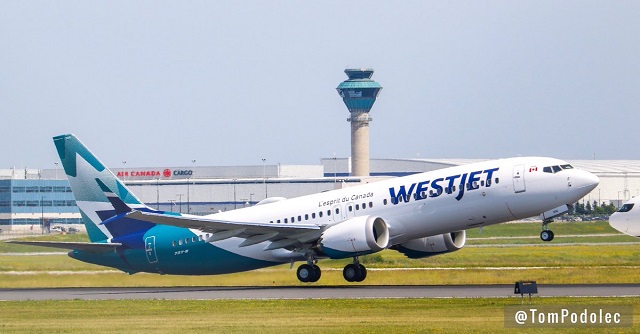 WestJet on 8 May announced it had designed a new livery and said it would unveil the design on a 737 Max in June.

The same day it announced the redesign, the company released a video showing digitally-created images of a 787-9 in the paint scheme. WestJet expects to take delivery of its first 787-9 in January 2019.