Pilatus North America, the Swiss airframer's US subsidiary, has broken ground on a new headquarters in Broomfield, Colorado, in preparation for the service entry of its PC-24 business jet.

Scheduled to open in the first half of 2018, the 10,900m² (118,000ft²) facility at Rocky Mountain Metropolitan airport will house sales, support and completions of both the PC-24 and the PC-12/NG single-engined turboprop, which has been the focus of the US operation since its inauguration 20 years ago.

"Pilatus has had a base at Rocky Mountain since 1996, completing more than 1,000 PC-12s and managing North and South America sales and service in various leased facilities on the airport," says Tom Aniello, vice-president of marketing for Pilatus North America. "The new centre will consolidate those activities." 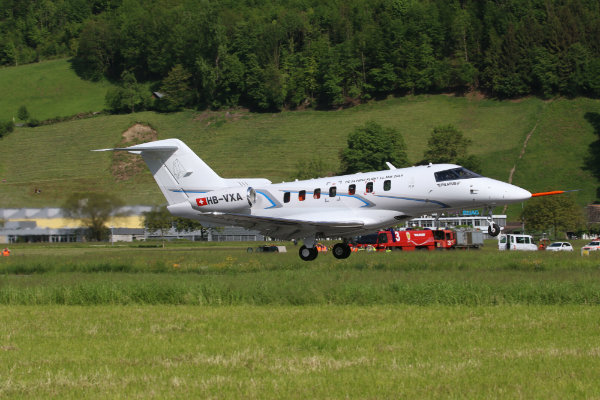 He adds that the new building has been sized to accommodate an increase in employment and completions work as Pilatus brings its PC-24 to market.

Powered by two Williams International FJ44-4A engines, the PC-24 is the Swiss manufacturer's first business jet and is undergoing flight testing, with more than 400h accumulated so far with two flying prototypes. A third and final test aircraft will join the programme later this year, leading to certification and service entry in 2017.

As with the PC-12, the bulk of PC-24 sales are expected to be in the USA. “Over the past 20 years of PC-12 deliveries, approximately 70% of the fleet has been sold into the USA, and we expect a similar proportion of PC-24s will be delivered into this market,” Aniello says.

Demand for the seven-seat aircraft, which has a 1,950nm (3,610km) range, has been strong. The first three years of production – equivalent to 84 aircraft – is already sold out and Pilatus plans to reopen the orderbook in late 2019 to early 2020.