Polish regional carrier EuroLOT is suspending operations from the beginning of April.

The airline, affiliated to flag-carrier LOT, has not indicated the reason for the decision.

But its management board says it is committed to keeping its schedule intact until 31 March. 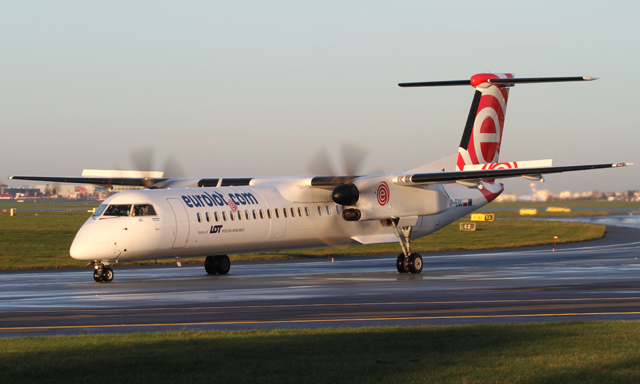 EuroLOT, which has a fleet of Bombardier Q400 turboprops, says it will offer a refund to passengers or reassign bookings to another carrier.

The airline is putting a block on its reservation system in order to prevent attempts to book flights for 1 April and beyond.

EuroLOT was set up in 1996 and operates a network covering several major Polish cities with routes to a number of European destinations.

It underwent a fleet modernisation in 2012 when it ordered 14 Q400s to replace its ATR turboprops.