Airbus keen for A220 demonstration tour in China

An Airbus A220 could be making its way to China for a demonstration flight, as the airframer works to get its latest narrowbody certified by Chinese authorities.

Airbus China chief executive officer George Xu, speaking at a press briefing at the Beijing Aviation Expo, gave no definitive timeframe when the A220 would embark on the flight, but hinted at it being “in the near term.”

Airbus China Commercial Aircraft chief operating officer Francois Mery also told reporters that the process to get Chinese certification for the type was ongoing, involving the Civil Aviation Administration of China (CAAC) as well as its Canadian counterparts. 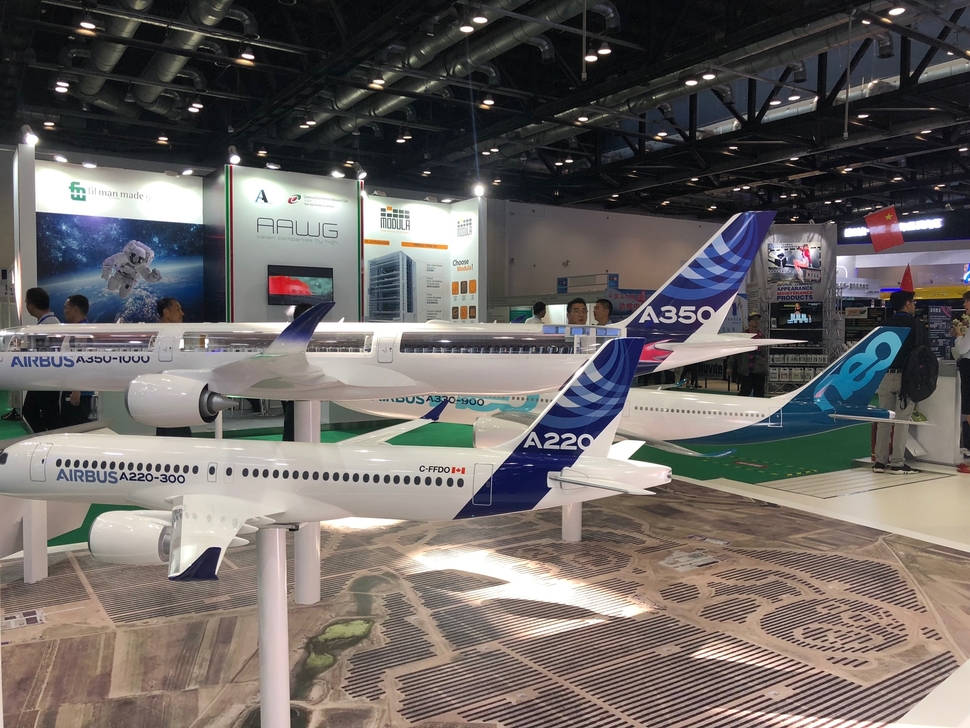 Mery adds that engine certification — between the Federal Aviation Administration and the CAAC — was in the process too.

At the briefing, Xu adds that it has seen “interest” from Chinese customers for the A220, formerly the Bomardier CSeries.

However, the airframer was tightlipped on how many aircraft it is targeting to sell in China. However, Xu says that existing customers who fly “small to medium-sized airports…are interested in the model”.

One unique selling proposition of the A220, adds Xu, is that a notable portion of it is made in China with Shenyang Aircraft Corporation manufacturing large fuselage sections.

Airbus also believes that there is “purpose and use” for the narrowbody, which it took over from Canadian airframer Bombardier last year.

Airbus China’s head of airlines market Charles Luo says that the A220 can better serve the country’s small regional airports. Its research indicates that about 70% of the existing 235 airports in the country see an average of 110 passengers per flight.

However, not many airlines have aircraft under 150 seats, and would usually fly larger narrowbodies like the A320 family aircraft and the Boeing 737.

‘Because of the larger size of [existing] aircraft, service to smaller airports will be compromised,” Luo told reporters. The A220, which seats between 100 to 160 passengers, is ideal for such services.

Luo adds that the opening up of new regional airports also presents an opportunity for the A220, which he called the “most economical” aircraft in its class.

Cirium fleets data shows that in the Asia-Pacific region only Korean Air operates the A220 and it has 10 aircraft in service. Air Vanuatu has four A220s on order.