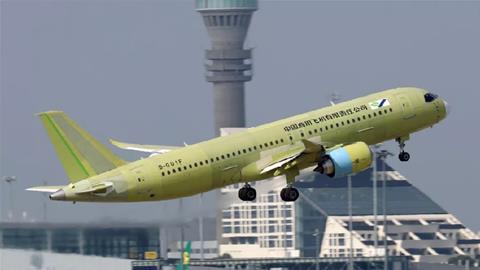 The fifth prototype of Comac’s C919 programme has completed its first test flight.

The fifth prototype of Comac’s C919 programme has completed its first test flight.

Aircraft 105 – the fifth C919 test aircraft – took off from Shanghai Pudong International Airport on the morning of 24 October. It undertook a test flight of one hour and 37 minutes, during which operational checks where conducted. 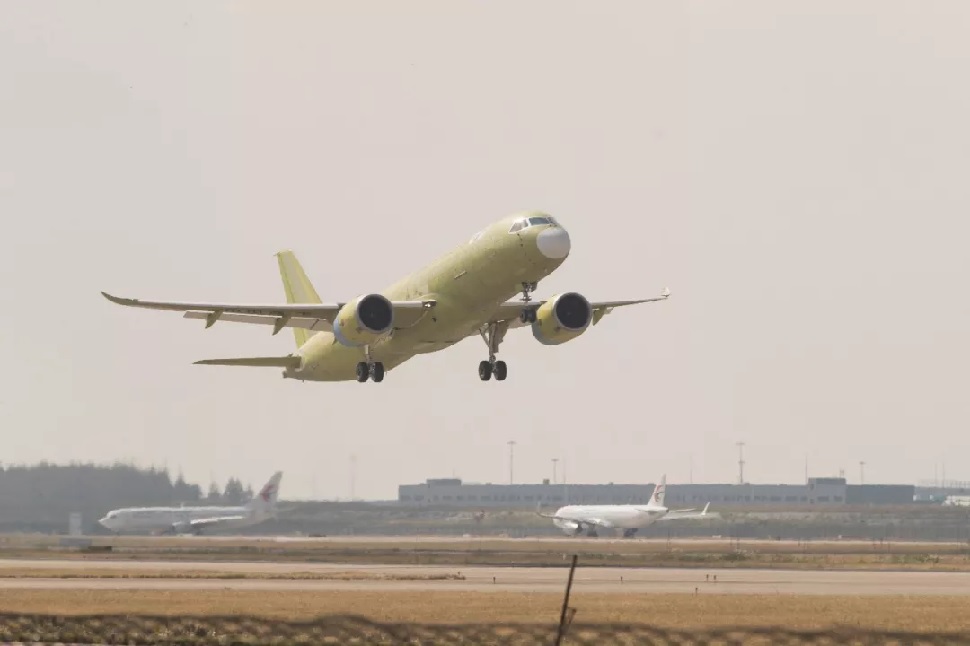 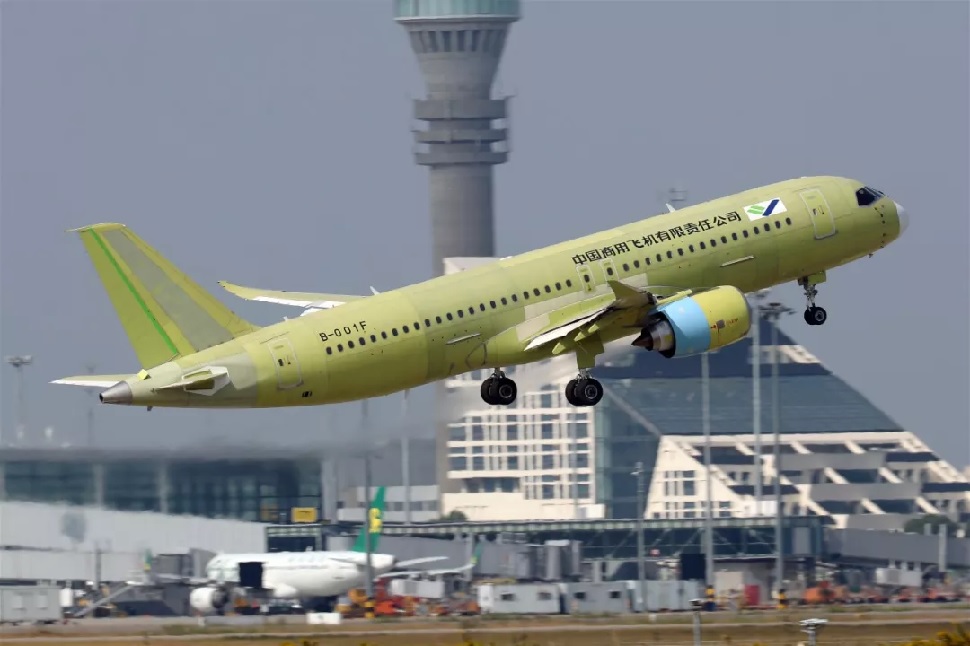 Aircraft 105’s test flight comes nearly three months since its sister ship, Aircraft 104, began test flights. It is the second to last of six test aircraft for the programme.

The Chinese airframer says the first four prototypes have carried out test flights in various points in China, such as at Xian, Nanchang, as well as Dongying city in Shandong province. 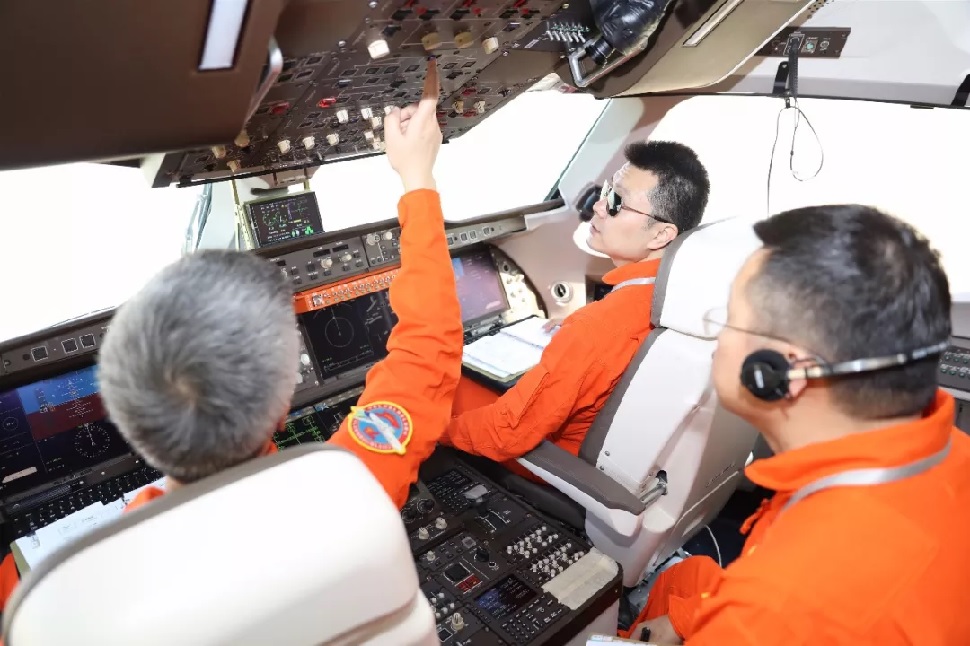 In September, it was reported that the production timeline for the narrowbody is facing delays of about a year, even as production commences by year’s end. That same month, Comac also began component production for the first batch of C919s to be delivered to customers.