Comac, one of the partners in CRAIC, states that suppliers for the Sino-Russian programme are being selected. It did not indicate when selections will be finalised.

The Chinese airframer's Russian partner in the programme, United Aircraft Corporation, separately states that the next programme milestone will be configuration definition.

The updates come as CRAIC participates in the MAKS air show in Russia, where it is displaying, among other things, a to-scale front fuselage model of the CR929 prototype. The 22m-long mock-up features a cockpit and cabin mock-up. 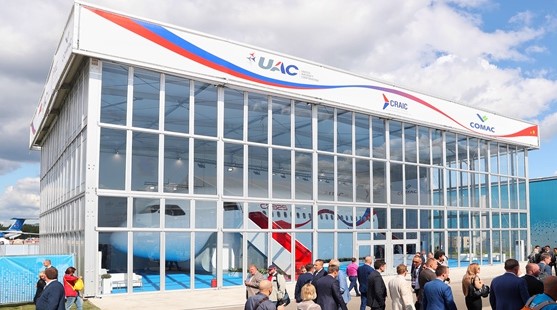 In July, UAC told FlightGlobal it had secured commitments for the widebody programme, mainly from airlines in Russia and China.

While it did not specify potential customers, UAC said CRAIC was pitching the CR929 to airlines in South-East Asia, the Middle East and other regions.

FlightGlobal previously reported that both Comac and UAC were looking to secure launch customers by the end of the year.

CRAIC has been working towards completing the concept design by early 2020, before freezing the design in the first half of 2022. The type's first flight is planned around 2025.