The first of 20 A350-1000s for Cathay Pacific has completed its initial test flight from Airbus's Toulouse plant.

Deliveries of the Rolls-Royce Trent XWB-powered aircraft to the Hong Kong carrier are scheduled to begin in June. It will become the second operator after launch customer Qatar Airways to receive Airbus's biggest twinjet. 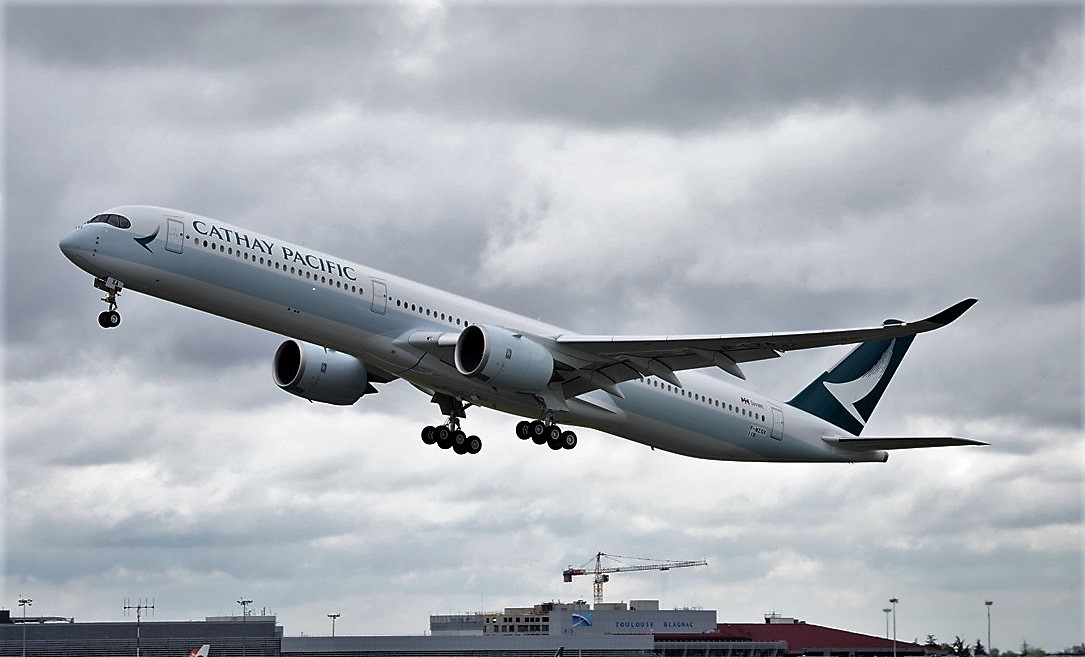 The new twinjets will be operated alongside Cathay's existing fleet of smaller A350-900s, 22 of which are currently in service with six more on order, according to Flight Fleets Analyzer.