The fourth prototype of the Comac C919 has completed its first test flight.

The Chinese airframer says in its Weibo account that Aircraft 104, which bears registration B-001E, took off from Shanghai’s Pudong Airport. 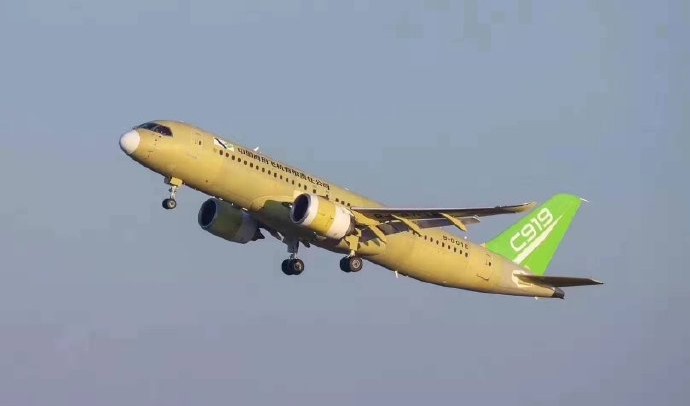 The test flight lasted 1hr 25 minutes, the company adds, and covers test points such as avionics testing, take-off and landing, as well as deicing.

Comac adds that aircrafts 105 and 106 will be undertaking their test flights later this year.

In December last year, the third prototype of the C919 had its maiden flight.

Cirium’s Fleets Analyzer shows that there are 305 firm orders for the C919. Comac has also secured more than 700 commitments for the CFM International Leap-1C-powered aircraft, with a target to achieve certification and enter service in the 2020-2021 period.