Russian airframer Irkut has delivered an MC-21-300 fuselage to Moscow’s Zhukovsky airfield where it will undergo fatigue testing.

The fuselage will be subjected to repetitive loading to simulate some 180,000 cycles.

Both Irkut and the Central Aerohydrodynamic Institute – which is already testing a static MC-21 airframe – will assemble the twinjet’s structure and fit the stress systems.

The fuselage was transported to Zhukovsky on 3 December using a Volga-Dnepr Antonov An-124-100 freighter (RA-82044).

“Endurance tests are conducted to confirm the design solutions in terms of fatigue strength and operational survivability,” says Irkut.

Irkut has assembled and completed systems installation on the third flight-test MC-21, and says the aircraft is undergoing “the final stage of adjustment”. The first two flight-test aircraft have been conducting trials at Moscow.

The airframer is also working on assembling a fourth aircraft, which will form part of the test fleet, and is bringing together fuselage sections for the first serial airframe.

Initial MC-21s are powered by the Pratt & Whitney PW1400G engine but Russian developers aim to test the twinjet with the domestically-built Aviadvigatel PD-14.

Irkut transferred the MC-21’s static test fuselage to the Central Aerohydrodynamic Institute in 2016. 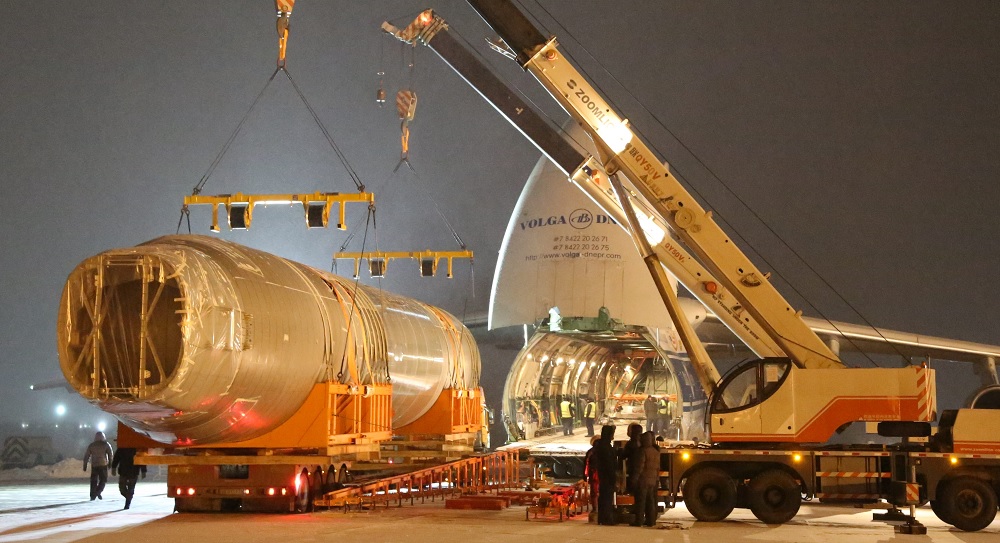