Russian Be-200 firefighter to be updated with Superjet engines

Safran Aircraft Engines and UEC-Saturn will supply their PowerJet SaM146 turbofan to re-engine the Beriev Be-200 amphibious firefighting aircraft.

The French manufacturer, formerly known as Snecma, and its Russian partner, part of United Engine Corporation, produce the SaM146 for the Sukhoi Superjet through their jointly owned PowerJet venture. 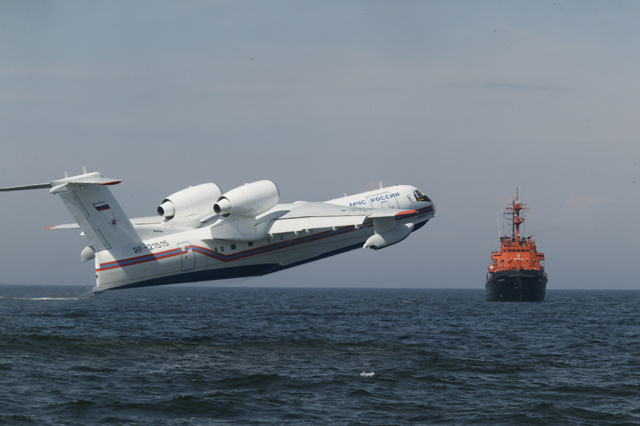 Safran says it has signed with UEC a "framework agreement concerning a re-engined version of the Beriev Be-200".

UEC director-general Alexander Artyukhov states that the two manufacturers have defined a "very clear road map" to start development of a "new version" of the SaM146 for the amphibious aircraft, which is currently powered by twin over-wing Ivchenko-Progress D-436 engines.

The accord represents "a new opportunity to develop our synergies" with Safran, Artyukhov says.

Flight Fleets Analyzer shows 122 Superjets are in service today, with Sukhoi holding orders for another 36 aircraft.