British Airways consigned the Boeing 767 to its history books this week with the retirement of its last two aircraft, concluding almost three decades of service. 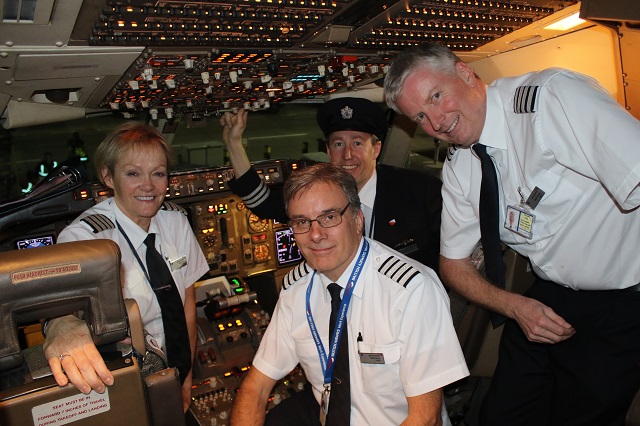 Retiring BA 767 Capt Julie Levy (pictured left after final flight) described the aircraft as “a classic workhorse” and raised a toast with all on-board, expressing: “For many of us on-board this is quite an emotional experience, charged with much nostalgia and sentiment. We have grown very fond of this dear Boeing, and she’s become a little bit like a dear old friend.”

The final service, which was fully occupied, was operated by G-BZHA, departing Larnaca at 20:00 local and arriving at Heathrow at 22:25.

G-BZHA operated with BA for 20 years, having been delivered in May 1998, according to Flight Fleets Analyzer. The airline states that this machine alone carried around four million passengers and flew an estimated 23 million miles over nearly 23,000 flights.

The airline’s first -300ER, G-BNWB, was delivered in February 1990, operating its first revenue service to Paris Charles de Gaulle the same month. At its peak, the 28-strong fleet of Rolls-Royce RB211-powered twinjets comprised aircraft configured for both long- and short-haul operations.

As the airline has gradually wound down its 767 fleet, the last remaining examples were part of the “Euro Fleet” featuring 259 seats. Following the end of the 2018 summer season just two examples remained, operating a limited schedule throughout November, predominantly on the BA662/663 rotation to Larnaca. 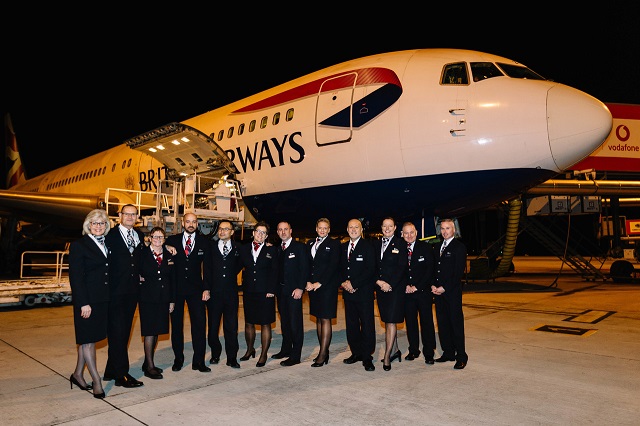 The cabin crew at Larnaca ahead of the final service

On 26 November BA’s last two aircraft (G-BZHA and G-BZHB) were ferried from Heathrow to St Athan in Wales for storage and eventual scrapping. According to Fleets Analyzer, 10 of BA’s 767s have been retired to St Athan since August 2016.

BA was launch customer for the RB211-powered 767 in 1987, but only 31 with these engines were built from a total current production run of over 1,100 aircraft. The vast majority of 767s are powered by Pratt Whitney and General Electric engines. BA chose Rolls power to allow for some commonality with its RB211-powered Boeing 747, 757 and Lockheed TriStar fleets.

Unlike other 767s, no R-R-powered aircraft have been retrofitted with winglets or converted into freighters. The differing wing structure and pylons of the R-R version would have required a separate winglet-upgrade supplemental type certificate (STC) to be developed.

Of the 583 Boeing 767-300ERs delivered into passenger service, only 91 aircraft have so far been converted to freighters - 84 GE-powered and seven PW-powered.

Rob Morris, head of consultancy at Flight Ascend Consultancy reasons that “the low population of RR-powered aircraft delivered has acted as a disincentive for anyone to develop an STC and convert the aircraft”.

He adds: “With that said there have only been seven PW-powered aircraft converted, and these low numbers suggest that an STC for R-R could have been economical. Perhaps BA’s strategy to maintain the RB211 parts across their fleet of 747/767s also meant that as aircraft became available for potential conversion, plus their maintenance condition was also a disincentive.” 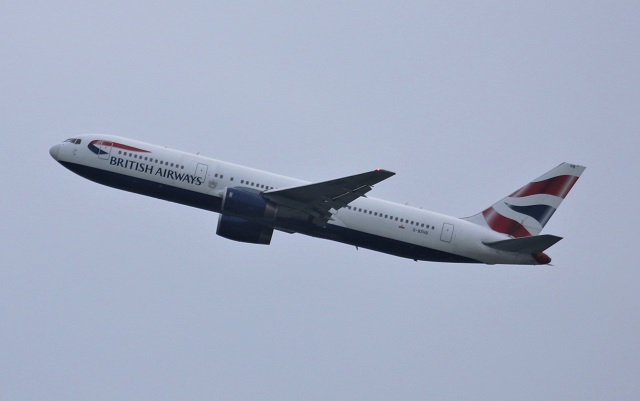 The final BA 767 flight was flown by G-BZHB on 26 November, from Heathrow to St Athan

Fleets Analyzer shows that five R-R-powered 767s remain in service. The active fleet comprises four ex-BA -336ERs with Eastern Airlines of the USA, while Russian operator Royal Flight operates one of three built for China Yunnan Airlines. This carrier was the only other customer to order the RR-powered 767.

Following the withdrawal of the Boeing 767, the British Airways Heathrow-Larnaca route is being operated solely by Airbus A320s for the foreseeable future.