Qatar Airways has formally received its first Airbus A350-900, the first example of the new jet to be handed to a customer.

The Rolls-Royce Trent XWB-powered aircraft was delivered during a 22 December ceremony in Toulouse.

Handover comes eight years after the A350 programme, in its current guise, was launched by Airbus to take on the Boeing 777 and 787.

"After much anticipation, I am delighted that the day has come when we will welcome this latest generation aircraft into our rapidly expanding fleet," says Qatar Airways chief Akbar Al Baker.

"In the seven years since we first placed our order for this new aircraft type at the Paris Air Show, investing in a partnership programme with Airbus, there has been significant growth in the airline industry.

"I am confident that this increase in passenger numbers around the world will only increase further in the years to come." 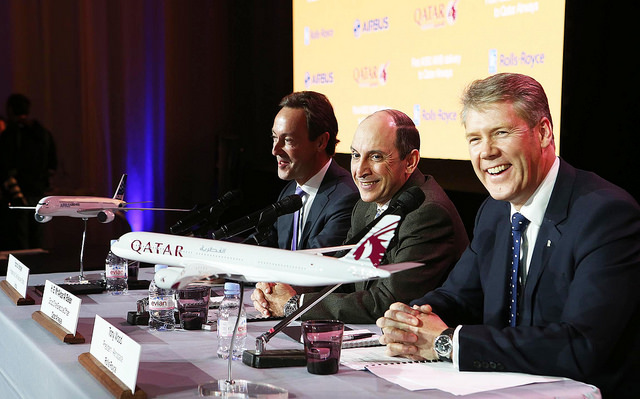