The Royal Air Force’s VIP-roled Airbus Defence & Space A330 Voyager has been revealed ahead of its first deployment – transporting the UK defence secretary Michael Fallon to a NATO summit in Warsaw on 8 July.

The specially adapted Voyager (ZZ336) has been configured with 58 business-class seats, rather than the usual 291 economy seats.

Announced as part of the UK government's Strategic Defence and Security Review in November 2015, the modification is claimed to be “significantly cheaper” than chartering flights for government officials or the royal family.

It will still be able to function as a tanker, and will reside at RAF Brize Norton alongside the rest of the Voyager fleet. The VIP configuration will be able to be fitted to any of the other A330s in the RAF inventory, should ZZ336 be out of service. 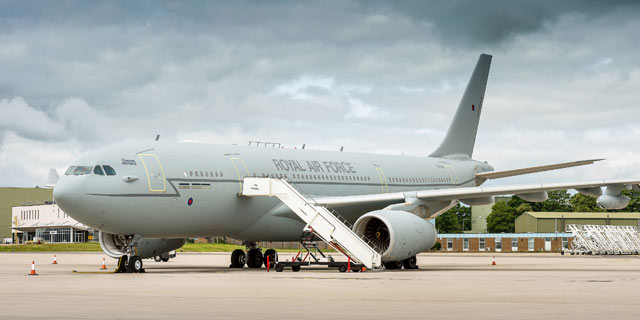 “The refitting of this RAF Voyager – to transform it from a standard air-to-air refuelling and air transport to an aircraft suitable for the additional role of VIP transport – was completed quickly and efficiently with our AirTanker partners,” says Air Marshal Sean Reynolds, deputy commander of capability for the air force. “The reconfigured Voyager flying on its maiden VIP flight on Friday will proudly represent the UK and the RAF across the globe for many years to come.” 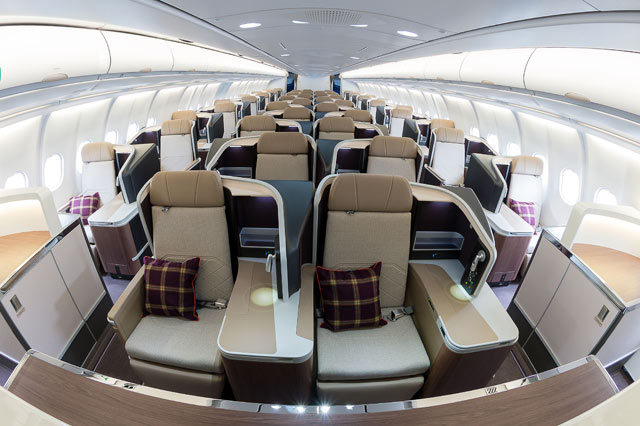 The service has so far received 13 of an eventual 14 aircraft under the Future Strategic Tanker Aircraft (FSTA) contract, with the final delivery expected later this month. Nine Voyagers are part of the core fleet, while the remainder are “surge” aircraft that can be leased for other roles such as civilian passenger transport.

Aircraft number 13 was converted into a civilian configuration after its February delivery, and the final aircraft from the contract will receive the same modification.